OnePlus officially unveiled one of its worst-kept secrets today, as the Chinese smartphone company lifted the lid on its latest flagship device.

In the build up to today’s launch event in London, countless leaks surfaced online, rumoring everything from colors and pricing to screen-size, release dates, and nuanced design details such as the “notched” display. When you throw into the mix some of the official specification confirmations presented by the founders themselves via forum posts — well, today’s launch may not surface too much more information than what avid followers already know.

At any rate, we are now able to confirm all that you need to know about the OnePlus 6, including full specifications, launch dates, pricing, global availability, and everything in between. And we even managed to grab some hands-on time ahead of today’s launch. 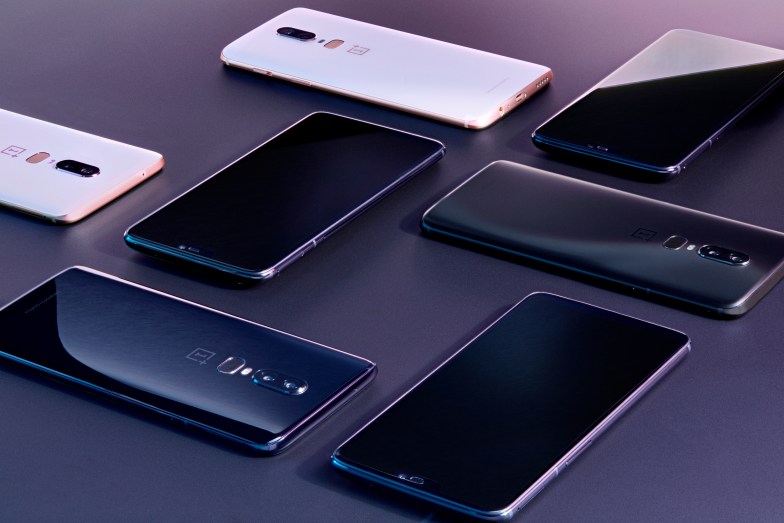 Oh, and OnePlus actually launched a second product today: the Bullets Wireless Bluetooth earphones will go on sale for $69 from June 5.

The OnePlus 6 represents the company’s third flagship smartphone launch in less than 11 months, following the OnePlus 5 introduced in June and the OnePlus 5T in November.

The transition from the OnePlus 5 to the 5T was not earth-shattering by any stretch, but those who held off for the November launch to upgrade their phone were treated to a taller device with slimmer bezels and more screen, while the camera also packed a better sensor for low-light conditions.

The transition from the OnePlus 5T to the OnePlus 6 doesn’t exactly usher in major wholesale changes, either, but it does bring a few nice surprises. At 155.7 x 75.4 x 7.75 mm, the OnePlus 6 is marginally wider and thicker than its predecessor, but it’s also 4mm shorter. Coupled with yet smaller bezels, however, the OnePlus 6 screen is an impressive 6.28-inches compared to the 6.01-inches of the OnePlus 5T.

In short, what we have here is a shorter device with a noticeably larger screen — the company’s biggest screen to date, in fact.

You will also note, however, that the OnePlus 6 now has one of those notches that every smartphone maker seems to be embracing — and this partly explains how OnePlus has managed to gain more screen space. 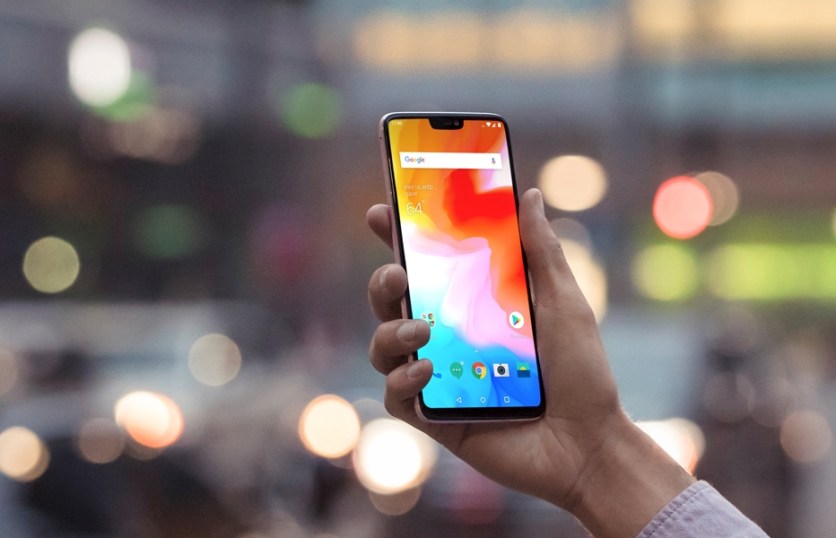 Above: OnePlus 6: The notch

The display resolution is also roughly the same on the OnePlus 6 at 2,280 x 1,080 pixels, though its aspect ratio is now at 19:9 compared to 18:9 due to the longer screen. And it also comes with an Optic AMOLED capacitive touchscreen, just like the OnePlus 5T.

For those who care about heft, the OnePlus 6 weighs in at 177 grams, which is roughly 15 grams heavier than its predecessor.

The OnePlus 6 is the company’s first phone to feature an all-glass design, and while it feels more glasslike on the mirror black version, you wouldn’t really know that the white and midnight black variants were cut from a similar cloth.

OnePlus has used Corning Gorilla Glass 5 for its screen on previous devices, but with the OnePlus 6 it will use it on both the front and back. The devices feel smooth and slick in the hand for sure, but the glass structure could also have a positive impact on the phone’s performance: Glass is better than metal for letting radio waves pass through, which should mean that the OnePlus 6 performs better in terms of LTE, Wi-Fi, and Bluetooth transmissions. 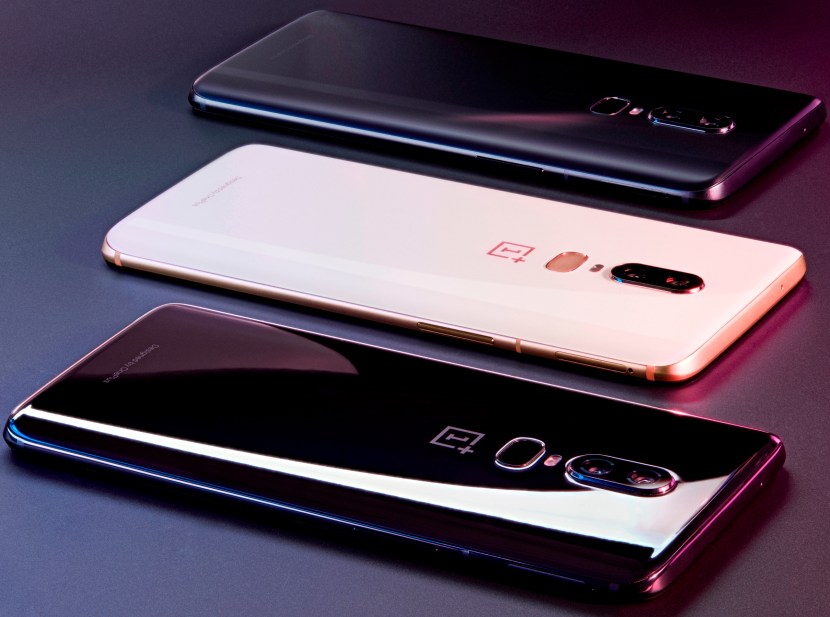 Elsewhere on the phone, you’ll be pleased to know that the physical mute switch — a gem of a feature that is sadly lacking on most other Android phones — is still present and correct. However, it has been shifted from the left-hand edge to the right-hand edge.

According to OnePlus, this decision was made for practical reasons — many people keep their phones in a flip case that opens with the hinge on the left, which made activating the mute switch difficult with the case closed. Now, you don’t have to open the case to access the mute switch.

Other than that, everything else pretty much remains the same — the USB-C charging port is on the bottom, sandwiched between the 3.5mm headphone jack (yay!) and the single speaker. 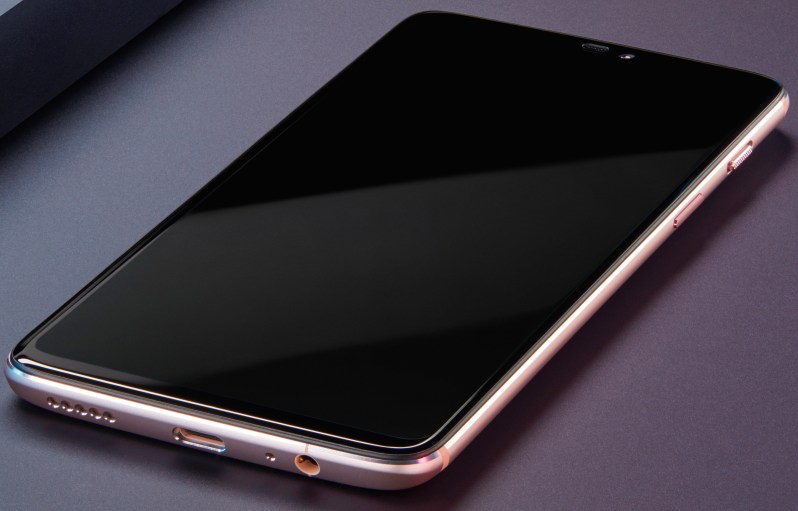 Above: OnePlus 6: Buttons and ports

The camera too has been given a little makeover, too, which we’ll look at briefly now.

OnePlus has made the (arguably) sound decision to move its dual-lens camera back to the middle of the device, away from the corner, where it lived until the OnePlus 5.

The reason this is good is because those who like to take steady, two-handed, horizontal photos are less inclined to cover the lens with one of their fingers with the lens in the middle. But really, this all depends how you normally hold your phone when taking a photo. 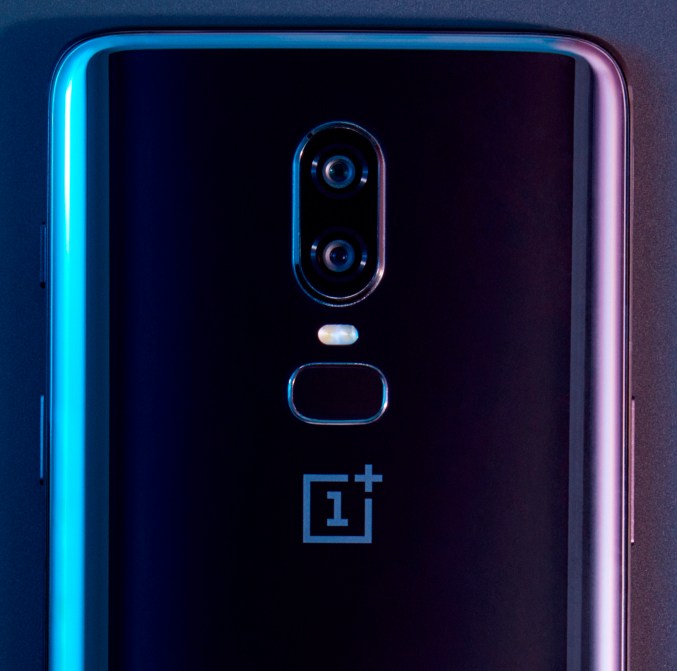 Above: OnePlus 6: Camera is now in the middle

In terms of technical specifications, the OnePlus 6 sports a 16MP main camera on the back that is supported by a 20MP secondary camera. The company said that the main camera has been boosted with a 19 percent larger sensor, which should help with low-lighting conditions, and it has now been given the OIS image stabilization system compared to the EIS of the OnePlus 5T.

Arguably the most exciting addition to the OnePlus 6’s camera is that the 16MP front-shooter will now have portrait mode too, meaning you can capture better-looking selfies that have a depth-of-field effect that blurs out the background and keeps the main subject in focus.

The OnePlus 6 also ushers in a new super slow motion mode that allows users to capture detailed HD video at up to 480 frames per second. And the device’s new built-in video editor also brings native support for budding editors, allowing you to trim clips, insert loops, and add slow-mo effects.

The OnePlus 6 now comes with the latest Qualcomm Snapdragon 845 chipset, up from the Snapdragon 835 chipset on the OnePlus 5T. When Qualcomm launched the 845 last year, it claimed that it would enable 30 percent more battery life compared to the 835, in addition to a 25 percent bump in performance. Translated into normal speak, this should mean that the OnePlus 6 is faster and more efficient overall.

Elsewhere, the OnePlus 6 retains its rear-mounted fingerprint sensor, its dual-SIM (nano) support, and a 3300 mAh battery.

As with previous handsets, the OnePlus 6 comes with its own flavor of Android, OxygenOS, which is usually devoid of much in the way of bloatware or crapware. And last week, Google announced that the beta version of its latest operating system, Android P, would be available on just a handful of devices at first — one of which was the OnePlus 6.

As with its predecessor, the OnePlus 6 comes in a variety of colors and configurations; however, the big news this time around is that there is a brand-spanking new 256GB version. We knew that already, though. 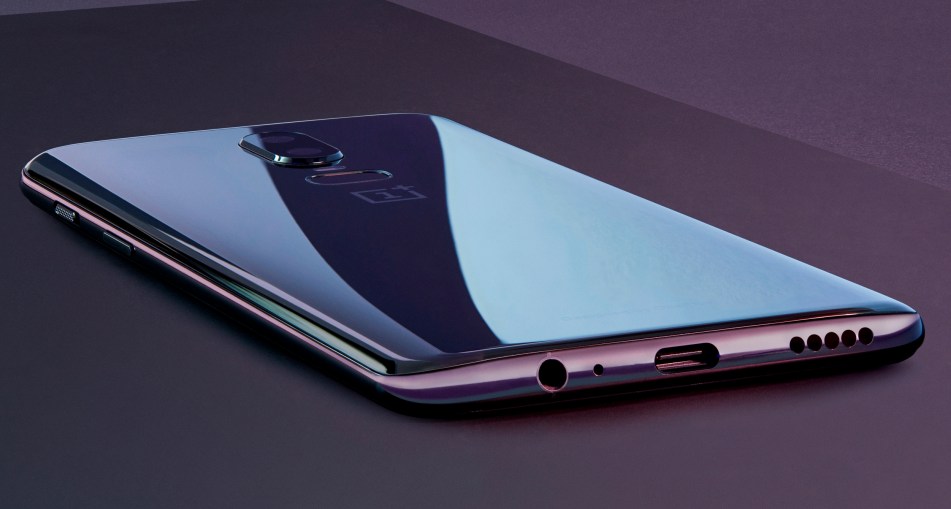 The midnight black handset is available in two configurations, one with 128GB of on-board storage and another with 256GB. Both these devices come with 8GB of RAM.

The white incarnation is only available with 8GB RAM and 128GB of storage, but mirror black comes with a 8GB / 128GB and cheaper 6GB / 64GB version. 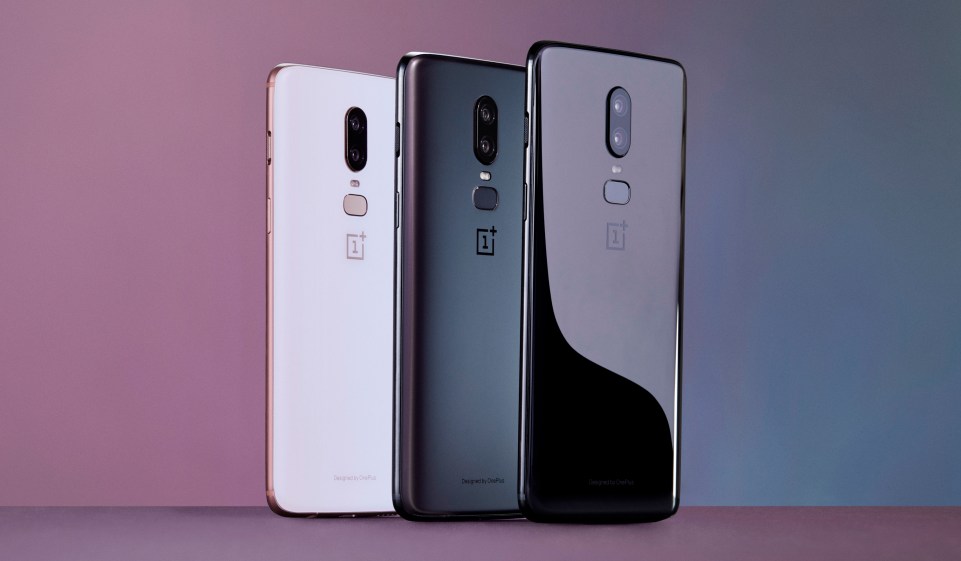 The OnePlus 6 in all storage configurations will be available through OnePlus.com in Europe, North America, and India on May 22, though the limited edition white version (128GB) won’t go on sale until June 5. The company hasn’t confirmed launch details for China and Hong Kong.

But pricing is what you really wanted to know, right? Here you go:

VentureBeat will be putting the OnePlus 6 through its paces, so be sure to check back here in the coming weeks for our perspectives on the new OnePlus flagship.