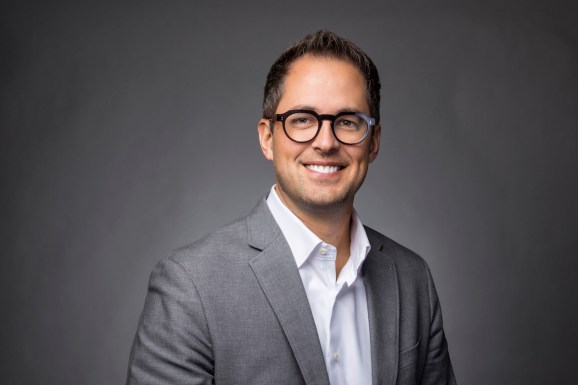 The “Silicon Slopes” of Utah can now claim another homegrown public tech company.

Pluralsight, a Farmington, Utah-based subscription ed tech company, began trading on the Nasdaq today after raising more than $310 million in its IPO and selling 20.7 million shares to the public. By the end of the day, the company’s stock price had jumped about 35 percent.

Founded in 2004, Pluralsight was bootstrapped until 2013, but it eventually raised more than $190 million in venture capital before going public. The company has created a cloud-based library of courses — on topics like cloud, mobile, and big data — to help IT professionals improve their skills. Pluralsight counts more than 14,000 businesses among its customers, including Adobe, AT&T, and ADP.

Among the challenges Pluralsight will face on the public market is returning to a cash-flow positive state after nearly tripling what it spent on sales and marketing between 2016 and 2017. While the increased spending helped Pluralsight increase its revenue by 23 percent year-over-year to $166.8 million in 2017, the company will need to find ways to stem growing losses.

But Pluralsight’s IPO has been considered a win for the Utah tech scene, as the company is the first in a string of highly valued enterprise software startups in the state that are expected to go public soon. Recode wrote that Domo, last valued at more than $2 billion, held an IPO kickoff meeting last month, while Qualtrics, last valued at $2.5 billion, is expected to IPO in less than 18 months.

Just before the markets closed today, Pluralsight CEO and cofounder Aaron Skonnard spoke with VentureBeat about what kind of progress he’s seeing in Utah’s tech community, as well as his hopes for the company over the next year.

This conversation has been edited for clarity and length.

VentureBeat: In the past, I think there’s been more pressure for Utah founders to sell their companies early on, or at least there were fewer entrepreneurs willing to see their company out long enough to go public. Do you think that’s changed at all, and do you think Utah companies are starting to think bigger?

Aaron Skonnard: Yeah, I do actually. A company like Pluralsight has such a big mission, and we see this impacting the world at global scale and making a difference in the overall tech landscape. We believe our product can change the face of technology with more diversity and inclusion because we’re providing accessibility [to online classes] to people everywhere. And I think that’s why we believe Pluralsight can be a long-term standalone company in the public market. It will be an iconic brand that can continue to grow and scale in that very way that you’re describing, and I hope other Utah entrepreneurs feel the same way.

That in and of itself will be one of the biggest things that changes the future of Utah. We’re already doing a good job of attracting more talent to Utah because of the thriving tech community that exists there right now, but this — more independent, public companies, headquartered in Utah — will make a big difference.

VentureBeat: How do you think the level of tech talent has changed in Utah since you first started, and do you think Utah will be able to continue to provide enough [qualified] employees for your company?

Skonnard: We’re continuing to import more and more talent outside of Utah, so the trends are moving in the right direction. I think across the state we’re seeing more commitment from government leaders and tech leaders of big companies to further improve the pipelines. We’re currently deeply involved in discussions with a computer science task force within the state to improve our curriculum in K-12 and higher ed, and we’re seeing lots of progress. But I think the biggest factor is going to be having more successful companies in Utah continue to grow, stay in Utah, and that’s going to draw more and more talent to the state.

VentureBeat:  What do you think is the biggest challenge facing young startups in Utah today?

Skonnard: I think there’s still just not as much access to capital as there is in the Bay Area and other places, but that’s also changing.

VentureBeat: Historically, Utah has been known for cloud computer, enterprise software companies. How do you think the environment is for other types of companies?

Skonnard: I think a couple of characteristics that make Utah unique is one, the tech heritage we have with companies like Novell, WordPerfect, Atari even [Reporter’s note: Atari founder Nolan Bushnell is a Utah native]. I think the tech heritage, combined with a strong sales force and an international demographic, is the thing that really leads to amazing companies in Utah. And that tends to be why enterprise software companies do so well, because you need tech, you need a strong sales force, and you need international DNA to be able to take that company global, and Utah gives you all three of those things.

But I think there are a lot of other great examples of other great companies in Utah that are not enterprise software — companies like Ancestry, that’s much more of a consumer company focused on genealogy and DNA. And you’ve got Vivint, another big company that’s focused on home automation, and security — all big, significant tech companies, just not exactly the same as enterprise.

VentureBeat: Pluralsight is still losing money — tell me what the path to profitability looks like.

Skonnard: We took a loss in 2017, but we had been cashflow positive every year up through 2016. And the reason we decided to spend down in 2017 is to lay a more aggressive enterprise go-to-market strategy.  We’re very focused on becoming cash flow positive in the near future, so it’s not going to be an ongoing thing for the company.

VentureBeat: You mentioned in your S-1 that you see significant opportunity to expand your reach to other regions. Tell me specifically what regions you are focused on.

Skonnard: Europe is the next big frontier for the company — we just announced our HQ in Dublin. We have about 30 people over there, and that office is growing

Correction, 8:03 a.m. May 18 — Updated to correct that Pluralsight, not Qualtrics, generated $166.8 million in revenue in 2017, as well as to correct the spelling of Vivint’s name.