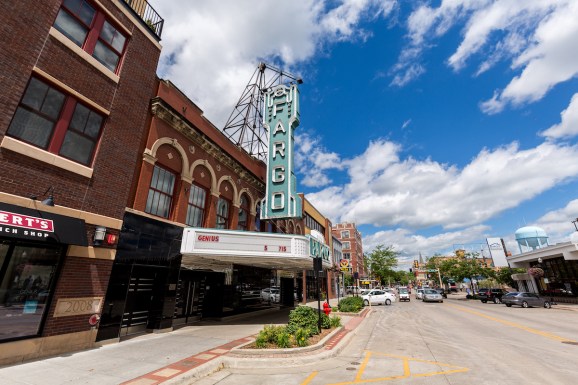 Fargo is the most populous city in North Dakota, one of the five states served by Midco.

If you told me seven years ago that my friends and I would be running a software company with thousands of customers and four employees in an old refurbished Ford plant in the heart of North Dakota, I’d have said you were crazy.

But that’s exactly what we did, thanks to the $100 we each chipped in to start the company and — more importantly — the presence of high-speed internet lines in our hometown of Fargo. Our company, Simply Made Apps, has developed software that lets companies keep track of whether their employees are in or out of the office.

As an internet software company in rural America, we have to get our product, which is data, to our customers around the U.S. and the world. But it may soon be much more expensive for us to do that — if we can do it at all — without the net neutrality rules that prohibit large broadband providers from blocking and slowing web traffic or creating pricy priority fast-lanes to customers.

Federal regulators adopted net neutrality protections in 2015 to ensure that big cable and telecom companies couldn’t throttle or block traffic while enriching themselves by charging consumers and small businesses more for the same service they’re already getting. Last year the Federal Communications Commission removed those protections, much to the delight of big cable and telecom companies. But now there’s a bright spot — the Senate voted just this week to reverse the FCC’s move. Now the bill moves to the House, where it faces more difficult odds in being approved.

Without net neutrality, there is no longer a guarantee we’ll be able to reach our customers. Any ISP across the country can now stand in the way. Why would they? Maybe my service competes with one they sell, or perhaps they are being paid by one of my competitors. Regardless of the reason, our only recourse would be to pay more money to far-away ISPs in the hopes that our traffic could again be delivered speedily. This money must come from somewhere, likely by us raising our prices to compete in this new post-net neutrality reality.

If companies like mine are forced to pay distant broadband providers an extra fee to guarantee our data is delivered in a timely fashion, we would have a hard time continuing to bootstrap our company from our own pockets. If we wanted to expand, we’d be forced to raise money, which often means leaving the Midwest for Denver or the coasts where venture capital is easier to obtain.

We like where we live, and we are proud to be part of our state’s burgeoning tech community. The end of net neutrality rules would be a tragic blow for rural communities, where residents need more access to technology, not big corporate gatekeepers charging new expensive online tolls. Many rural communities still don’t even have high-speed broadband access, which is a vital economic and social lifeline in this day and age.

It wasn’t that long ago that tech entrepreneurs had to leave states like North Dakota to find opportunities, but today our tech community here is growing. Within just the first half of May, we’ve seen a $7 million private investment in Fargo startup Bushel (which builds software for the grain industry), and the federal government selected our state for a program to hasten drone integration (great news for our many drone-related companies, such as Botlink).

Congress needs to adopt legislation that will allow net neutrality protections to stay in place. Rural communities and small companies that rely on high-speed broadband connections to compete in the global marketplace deserve the peace of mind of knowing that there are strong, enforceable rules in place to prevent anti-competitive behavior by broadband providers.

Brandon Medenwald is cofounder and a web developer at Simply Made Apps, a software startup based in Fargo, North Dakota. He is also running for a North Dakota state house seat, as a Democratic candidate in favor of net neutrality.