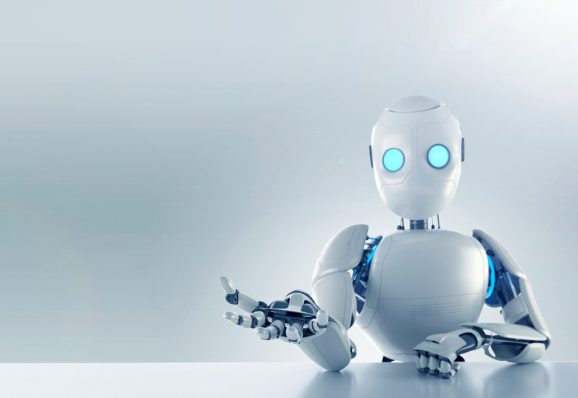 AI is becoming the new user interface. From self-driving cars and Amazon’s Alexa to robo-advisors and facial recognition locks, consumers are interacting with AI like never before. And this is just the beginning.

For years, AI enthusiasts have used the Turing test as a guide for developing conversational bots. Developed in 1950, the Turing test focuses on believability, analyzing a machine’s ability to behave indistinguishably from a human; researchers have long considered passing the test as the holy grail of AI. This benchmark, though, was created in an era when AI wasn’t common, and teams created machines with the goal of creating a human clone.

Over the past few decades, Hollywood’s portrayal of AI in movies like Her and I, Robot also sought to replicate human characteristics. Tinseltown’s version goes way beyond what today’s commercial tech can achieve, but we still seem to measure modern applications of AI against these fictitious interpretations.

Today, we’re somewhere between the Turing test and Hollywood’s in-your-face robots. AI is surpassing human capacity in subtle but powerful ways like diagnosing diseases. It’s the technology powering some of the most advanced applications in the consumer tech market, and we’re just on the cusp of implementation.

In the application of modern AI, the number one goal is to solve problems. Reproducing human characteristics is only one ingredient in a complex concoction of an effective AI, and many human characteristics are even counterproductive. Yet we still see engineers building things like time delays in conversational AI responses to make it appear as though a bot is “thinking” and similar tactics to contort technology into passing the Turing test.

When aeronautical engineers designed the 747, they tested whether it could cross the Atlantic — they didn’t try to build a mechanical pigeon. Similarly, self-driving cars learn in a unique way and behave much differently than cars with a human behind the wheel. Why should AI have to hew to the human model?

With conversational AI’s growing prominence, it is critical to have a universal, realistic understanding of what we consider to be a success and what we deem fails to meet today’s standards. AI will make a different set of mistakes than humans do and will also learn from these mistakes differently. This means we need to measure success for machines differently than we do for humans.

So how do we update the Turing test for practical applications of conversational AI? We need to get away from how “advanced” it feels and focus on the primary goal: efficiency. We should regard AI as providing a significantly better alternative to how we solve problems today. As we move forward, we also need to widen the scope to encompass all intelligent behavior that could be useful to the end user. Here are several KPIs researchers could use to more accurately measure the success of AI.

AI is not human. And humans are not AI. There are always going to be things that a human will do better — having empathy and solving complex first-time issues are a couple of good examples. Only when AIs exhibit the ability to solve problems more quickly and intelligently than humans can we start flying over oceans, sidestepping the blueprint of the mechanical pigeon.

Puneet Mehta is the founder and CEO of msg.ai, a conversational AI platform for marketing, commerce, and customer service.