Just ahead of its annual Worldwide Developers Conference next week, Apple has today released iOS 11.4, the latest version of its mobile operating system for iPhones, iPads, and iPod touches, as well as tvOS 11.4 for Apple TVs, and watchOS 4.3.1 for Apple Watches. The release comes nearly two months after Apple released the first beta versions of the updates.

Most notable in the new iOS and tvOS releases is long-awaited support for AirPlay 2, Apple’s proprietary streaming protocol, which is expected to enable synchronized audio playback through multiple HomePod speakers. AirPlay 2 support was originally expected to launch alongside the HomePod in February, but apparently wasn’t ready for prime time, so the speaker had been restricted to single-unit performance until today.

Though HomePod’s sales have reportedly been underwhelming, Apple is looking to change that by expanding the speaker’s capabilities and availability outside of its initial territories. A press release says that a two-HomePod pair will actually offer left and right stereo sound — a feature that became ambiguous during the speaker’s launch period — or multi-room support. Apple will offer the $349 speakers in Canada, France, and Germany starting on June 18.

For the time being, the HomePod and the last two generations of Apple TV are the only audio sources that offer AirPlay 2 support. Additional AirPlay 2 speakers are apparently coming from Bang & Olufsen, Bluesound, Bose, Bowers & Wilkins, Denon, Libratone, Marantz, Marshall, Naim, Pioneer, and Sonos in the future.

Apple is also expected to include support in iOS for Messages in iCloud, an optional feature that can synchronize and store all of your Messages app history across all of your iOS and macOS devices. Like AirPlay 2, this feature has bounced in and out of iOS betas, having originally been announced at WWDC last year.

Approximately 2GB in size, iOS 11.4 supports all iPhone models from the iPhone 5s through iPhone X, all iPads from the iPad Air and iPad mini 2 through the iPad Pro 10.5-inch, and the sixth-generation iPod touch. It will be available for download directly from the Software Update feature of supported devices this afternoon. Weighing in at 192MB, “HomePod 11.4” is accessible through the iOS Home app by tapping on the arrow icon in the upper left corner of the screen. It also adds support for making Calendar changes in the HomePod’s first three launch countries, U.S., U.K., and Australia.

In addition to the iOS and tvOS releases, Apple has released watchOS 4.3.1, a bug-squashing release that also tags watchOS 1 apps with a warning that they must be updated for future OS compatibility. Apple is also likely to release macOS High Sierra 10.13.5 soon, including the option of iCloud synchronization for Messages. The operating systems are not expected to debut other major features until WWDC in early June.

Update at 1:08 p.m. Pacific: Apple has released a list of 32 upcoming third-party AirPlay 2 speakers from six manufacturers, notably including a number of alternatives that have already been released — but are awaiting firmware patches. In addition to the HomePod, the list includes:

Update June 1 at 10:49 a.m. Pacific: Apple released macOS 10.13.5 today, adding only one new feature — iCloud sync for Messages — and a large collection of security patches. It is available for download through the Mac App Store. 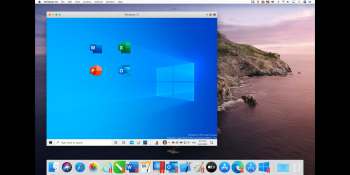