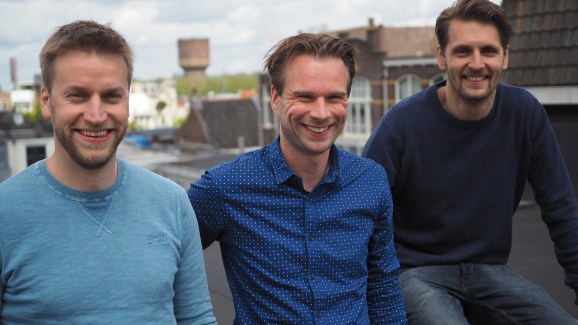 Chief product officers (CPOs) have a tough job — figuring out how to spend engineering resources and effectively manage both product and growth teams.

Objectiv, an AI-driven support solution that takes the guesswork out of product decisions has today launched to assist CPOs and help them make the right product strategy decisions.

The company has also announced its seed round of $800,000. Founded in October 2017 by two former cofounders of Distimo —  Vincent Hoogsteder and Tom Jansen — and the former head of product for Cloud9 IDE — Ivar Pruijn — the funds have been raised through Dutch entrepreneurs, product leaders, and industry veterans from Google, eBuddy, Bloomon, Wakoopa, TQ, Byte, Custom Connect, HENQ, and River Venture Partners. Objectiv is a privately held company based in Utrecht, The Netherlands.

In short, Objectiv uses AI and data mining to uncover metrics that help drive a product’s success. Importantly, these metrics are predictive, so instead of KPI dashboards that show what has already happened, Objectiv is designed to assist decisions that offer long-term growth.

“Objectiv is showing beta customers exactly which product features have the most impact on their long-term goals,” Objectiv CEO and cofounder Vincent Hoogsteder told me. “For example, how much greater is the impact of feature A compared to feature B? Using Objectiv, our beta customers are spending their engineering resources in the most efficient way possible. One customer, for example, found that the impact of a specific feature they believed to be critical for expansion actually ranked much lower than several other surprising features hidden in their data, which Objectiv uncovered. This has enabled them to focus their expansion efforts much more effectively.”

The AI really comes into its own when using the platform to see whether a product action is likely to produce the expected result.

“When doing an experiment, release, or marketing action, customers can validate Objectiv’s impact on long-term goals very quickly,” Hoogsteder said. “Right after a product release, Objectiv automatically tracks precisely which driving metrics are causing specific goals to move and compares that to existing features. Our customers can then see, for example, ‘If this action is doing so well, then let’s go all-in’ and focus on that specific action, or see if it’s better for them to focus their team on other driving metrics that perform better.”

And Objective plays well with product teams by letting them automatically track and learn from the impact of their actions. The tool also supports different methodologies — whether your team uses waterfall, agile, continuous deployment, or some kind of hybrid.

Implementing Objectiv is simple. As with most tools of this kind, it integrates into the product team’s existing analytics tools, including Google Analytics, Mixpanel, Kissmetrics, and Heap. And, as is becoming a common consideration in marketing technology tools these days, it is GDPR-friendly. Objectiv does not track users on a personal level but instead looks at the behavioral movement of the overall population.

The seed fund will be used to further scale the platform.

“Since founding Objectiv in October 2017, we’ve been laser-focused on building the first product version with solid data models that we could verify with select private beta customers,” Hoogsteder said. “This is working really well, and the seed funding we’ve now secured will be used to scale Objectiv and open up access to any and all product teams.”

So what’s next for Objectiv?

“Supporting the full workflow of any product team,” Hoogsteder said. “Not only helping individual product managers to have better results, but also the collaboration between different product teams and other stakeholders inside their company.”