Forty-two years after Apple released the Apple-1 computer, it’s hard to find one in working condition — only 60 to 70 of the original 200 hand-built units are believed to exist today, and they typically sell for hundreds of thousands of dollars apiece. That makes today’s announcement of a charity auction for an Apple-1 computer something special, offering the rare opportunity for a collector to own a significant piece of computing history.

The auction is being conducted by Charitybuzz, which ran a 2017 auction for the “Schoolsky” Apple-1 and 2016 auction for the “Celebration” Apple-1, respectively fetching $400,001 and $815,000. Today’s announcement covers “Duston 2,” so named because it was owned by Adam Duston prior to its purchase by Apple collector David Larson, who also owned the Schoolsky computer prior to auctioning it last year. 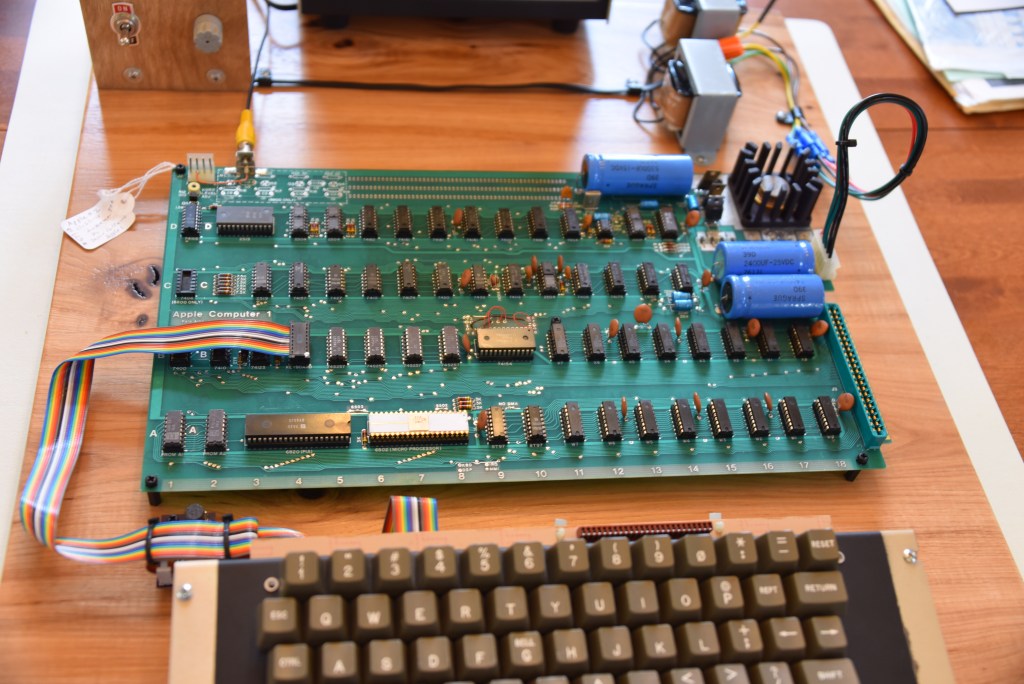 Duston 2 is described as having been authenticated by curator Corey Cohen as originally acquired from Byte-Shop, the first retailer to sell any Apple computer, under stock number 01-0060. The Apple-1 is in operational condition, having had a single integrated socket replaced, and comes bundled with a number of extras: period ads, an autographed print from Apple’s cofounder Ron Wayne, an Apple keyboard, and third-party accessories including a power supply, monitor, cassette tape, and keyboard adapter.

Prior Apple-1s have quickly surged during bidding and repeatedly commanded in excess of $300,000 at auctions, even when sold just as motherboards. The machines originally sold for $666.66 each, but have gained considerable value over the decades due to their rarity. Charitybuzz expects Duston 2 to sell for somewhere between $300,000 and $600,000, starting with an opening bid of $70,000. 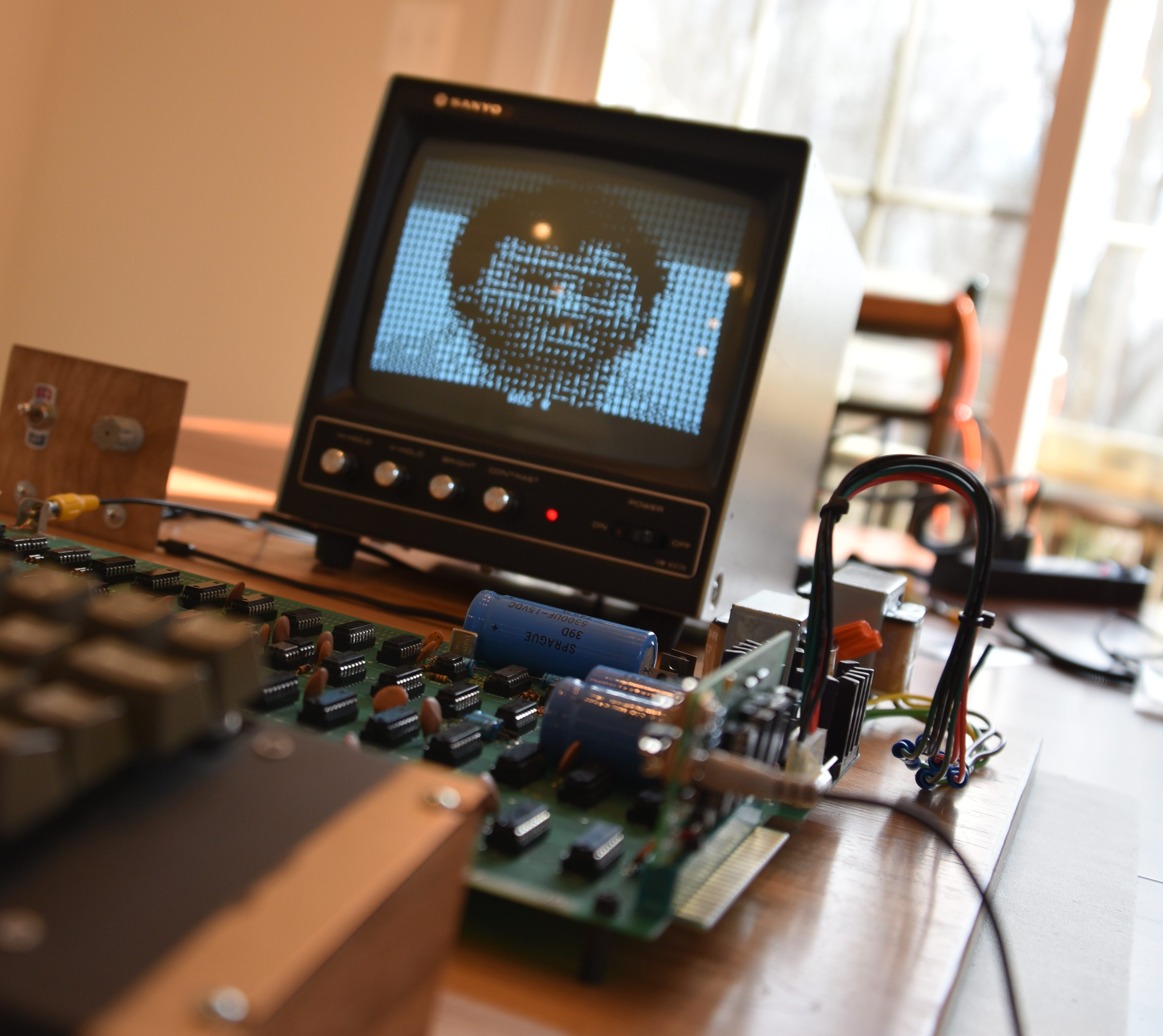 Above: An Apple I computer being auctioned by CharityBuzz includes a Sanyo monitor capable of displaying its classic video.

The online auction will run from today, June 6, through June 21, 2018 at http://charitybuzz.com/apple1. A portion of the proceeds will go to the Foundation for Amateur International Radio Service (FAIRS).