Qumulo has raised another $93 million to meet rising demand for its modern scale-out storage for enterprises.

Seattle-based Qumulo said the money will help it get through the next phase of “hyper growth” as it helps enterprises balance the demands and costs of public and private clouds, particularly as the demand for storage explodes with the rise in unstructured data, such as videos or sound.

Qumulo is pioneering an entirely new category of enterprise storage that addresses the intersection of three important trends: the explosion of digital content impacting every aspect of our lives, the utilization of machine learning and next generation analytics to derive value from that data, and the standardization of cloud architectures in the enterprise. Qumulo helps customers store, manage, and access their file data at scale, on-premises and in the public cloud, anywhere in the world.

“Our customers are demanding a fundamentally different approach to managing and storing the large and dispersed data that their businesses rely on. Legacy storage vendors can’t keep up, as they are built on 15- to 25-year-old architectures that optimized proprietary hardware, not software or the public clouds. They simply never contemplated today’s requirements,” said Qumulo CEO Bill Richter, in a statement. “This latest funding round is not only a testament to our team’s vision and accomplishments, but the capital also secures our plans for continued expansion, accelerated product capabilities, and long-term company sustainability. Everything we do is rooted in our commitment to meeting our customers’ growing and evolving data needs while advancing the entire industry through rapid and focused innovation.” 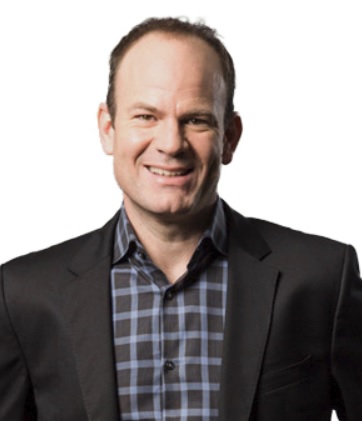 Above: Bill Richter is CEO of Qumulo.

“The incredible expansion of file-based data in today’s cloud era presents companies with the daunting challenge of storing, managing, and accessing their digital content at scale,” said Muhammad Mian, managing director of BlackRock, in a statement. “Qumulo’s disruptive model has defined an entirely new category of enterprise storage, providing many of the world’s leading companies with the most advanced solution on the market.”

The company has raised a total of $233 million over four rounds. Last year, Qumulo appointed EMC Isilon veteran Bill Richter as its CEO.

Qumulo’s new funding will support the growth of its enterprise-ready, scale-out storage solution, as well as rapid expansion into vertical industries in North America, Europe, and Asia.

The company says its Qumulo Core offering stores tens of billions of files with high performance and is the only product with full data management and real-time visibility into storage use at petabyte scale. Storage administrators can instantly see usage, activity, and throughput history at any level of the unified directory structure, no matter how many files are in the file system, allowing them to pinpoint problems and effectively manage how storage is used.

Qumulo was founded in 2012 by Peter Godman, Neal Fachan, and Aaron Passey. It has 180 employees. With hundreds of petabytes of data, billions of files under management globally, and triple digit year-over-year growth, the company is positioning itself to be the leader in the next generation of file storage.

Qumulo’s customers include 3 out of 5 of the largest companies on earth, 9 of the 10 top Hollywood studios, and many of the most admired Fortune 500 companies.