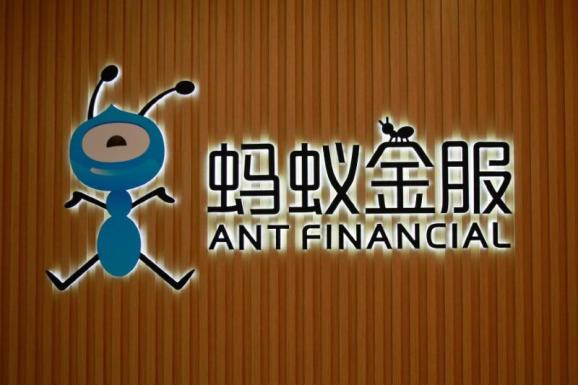 The cash will boost Ant’s firepower ahead of a widely expected initial public offering (IPO) in Hong Kong and mainland China as early as next year — though the company has neither publicly set a timetable nor chosen a likely stock exchange.

The exercise amounted to the largest confirmed single fundraising round in history, according to data provider Crunchbase.

Ant Financial, spun off from Alibaba before the e-commerce firm’s 2014 listing, has played a major role in shaping China’s financial technology landscape. It oversees the largest mobile payment app in what is increasingly becoming a cash-less society.

In a statement, Ant said the funding included both U.S. dollar and Chinese yuan tranches. The dollar share made up over $10 billion, said people with knowledge of the matter.

Ant did not release details of its valuation following the funding round. Reuters reported earlier that Ant was likely to be valued at around $150 billion, making it one of the world’s most valuable financial firms.

“It’s the most uniquely positioned TechFin company in the world,” said Ben Zhou, a managing director of Warburg Pincus, who led the firm’s investment in Ant.

Participants in the yuan tranche were mainly existing shareholders, Ant said. Among them was China-focused private equity firm Boyu Capital, which invested in both the yuan and dollar tranches, said two of the people with knowledge of the matter, who declined to be identified as details were private.

Ant declined to comment on specific investors beyond those disclosed in its statement. Boyu did not immediately respond to requests for comment.

Ant, in its statement, said it would use the funds to speed up globalization plans for its Alipay payment platform and to invest in developing financial technology.

Figures seen by Reuters showed that in five years, Ant expects 65 percent of revenue to come from business-oriented financial technology including assisting banks and other institutions as well as providing fraud prevention services.

The emphasis on business comes as Ant shifts focus away from consumer finance in China amid increased regulatory scrutiny of financial risk.

Nevertheless, it aims to reach 2 billion consumers globally with its payments network in coming years, backed by investments and strategic partnerships with Southeast Asian payment firms as well as tie-ups in South Korea, Japan and India.

“Now, with the help of our partners, we are going to accelerate our strategy,” said Ant Chief Executive Eric Jing.

(Reporting by Adam Jourdan in Shanghai, Cate Cadell in Beijing, and Julie Zhu and Kane Wu in Hong Kong; Editing by Miral Fahmy and Christopher Cushing)