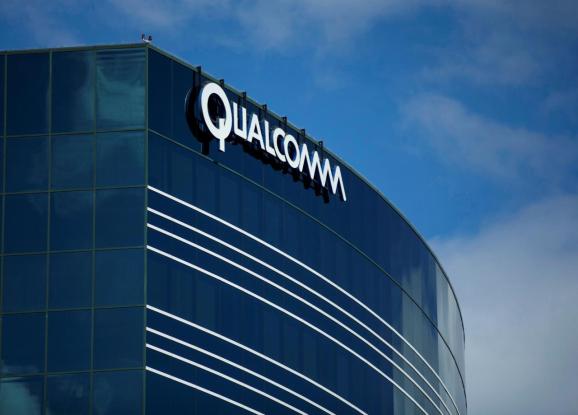 One of many Qualcomm buildings is shown in San Diego, California, U.S.

A long-running legal battle between Apple and Qualcomm over patent licensing fees has taken a surprising turn due to 5G and national security considerations, Bloomberg reports. The technology companies faced off today at an International Trade Commission hearing in Washington, D.C. that could block the import of certain iPhones that are alleged to violate Qualcomm patents.

Apple’s position includes an unusual claim: that banning iPhones made with patent-infringing Intel modems might threaten United States national security. While Apple makes iPhones that alternate between Qualcomm and Intel modems, a ban affecting only Intel’s modems would buoy Qualcomm’s business, leaving Intel to “pick up its marbles and go home,” in one lawyer’s terms.

In current-generation iPhones, Intel’s 4G cellular chips have struggled to match the performance of rival Qualcomm processors, but Apple has increasingly relied upon Intel’s modems due to its dispute over Qualcomm’s patent licensing fees. The national security concern is that banning iPhones with Intel processors would weaken Intel’s market position at a time when it is working to develop 5G modems, and thereby “affect the U.S.’s race to stay ahead of China in 5G.” With the international race to commercialize 5G currently running full steam ahead, lawyers with the ITC believe that hurting Intel’s modem sales might not be in the country’s best interest.

According to the report, ITC staff lawyers are not fully taking Apple’s side in the patent dispute. They have recommended that Judge Thomas Pender rule that an iPhone battery-saving feature violated one of three Qualcomm patents, which normally might enable Qualcomm to stop the iPhones from being imported. But they have stopped short of recommending a ban due to national security considerations.

Judge Pender is set to hear additional testimony next week and release findings in September, ahead of a related antitrust case filed by the FTC early next year. Qualcomm hopes that a victory before the ITC will give it an edge in patent royalty negotiations with Apple, which it has viewed as a large but challenging customer.

Pender expressed surprise that the dispute reached the ITC for resolution, calling the companies “crazy” for letting it get to this point. Judicial and commission intervention could have been avoided if the companies had reached a settlement, the prospect of which had been raised by Qualcomm’s CEO weeks ago.