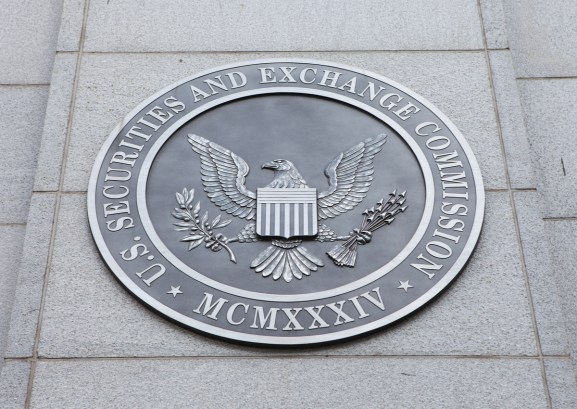 If you work in blockchain and focus on enterprises, it’s hard at times not to be a little disappointed in the last year. Initial coin offerings (ICOs) are out there raising billions of dollars from investors over public networks. However, those of us responsible for enterprise blockchain strategy are still having to prove how tracking mangos and melons or calculating software license royalties on a blockchain is all that useful.

Enterprises have come a long way in the last 18 months as they adopt blockchain technology. Companies have moved through the PowerPoint phase and into proof of concepts and pilots and are now headed to the industrialization phase, but we are still far from the vision of general purpose network infrastructure moving value the way the internet moves information.

My team at EY surveyed about 100 executives and clients responsible for blockchain implementation who attended the EY Global Blockchain Summit in New York in April and found that the vast majority of respondents aren’t focused on financial services or cryptocurrencies but on enterprise applications.

This finding aligns closely with the actual use cases that are being implemented today in the enterprise, most of which are happening on private blockchains, between known and trusted parties. In almost none of these cases are there payments involved.

In these closed environments, there’s very little that requires regulatory approval. However, 61 percent of poll respondents indicated that regulatory complexity is their top concern as it relates to widespread blockchain adoption. This is exciting and encouraging: It signals that the industry’s early adopters are planning on pushing ahead with the next phase of blockchain usage, which will involve fully digital online contracts and payments being made across public networks. The moment payments come into the picture, regulatory requirements come with them.

Poll respondents are in broad agreement about the key reasons for adoption of blockchain, focusing on operational efficiency (27 percent), transparency (18 percent), and data integrity (16 percent). One of the keys to delivering the promised operational improvements from blockchains is the ability to match up real world flows of goods and information with payments in a single infrastructure. Enabling this will require a number of big changes in how companies use blockchains.

To start with, they need to shift to tokenization for representing assets. While lots of blockchains work like digital notaries, time stamping documents, blockchain technology itself was really created for buying, selling, and moving digital tokens. Representing a product as a digital token allows us to assign value to it, buy it, sell it, insure it, and transfer it in a very simple and consistent manner.

The importance of regulatory clarity

The key obstacle to realizing any of this vision is regulatory clarity. Once companies put their assets on the public networks and start transacting with them, they must take into account many of the same rules that banks need to around Know-Your-Customer (KYC) and Anti-Money-Laundering (AML).

From a technical standpoint, I’m very optimistic about the ability of companies to comply with existing regulations. EY currently audits a number of financial services companies and exchanges that deal in the major cryptocurrencies such as Bitcoin, Litecoin, Ethereum and others, and we are confident it will be possible to add business operations to these financial services and smoothly integrate the sharing of information with the movement of assets and payments on a blockchain.

That said, the appetite for risk, including regulatory risk, is much lower in large enterprises than it is in startup cryptocurrency exchanges. While startups routinely deal with regulatory uncertainty when they pioneer new technologies and business models, large enterprises are much more likely to see the same landscape and decide that the level of risk and complexity is too high to proceed at this time. Hammering out the details of things like the rules on fiat currency tokens and the validity of digital smart contracts will be important in getting enterprises to capture the full value from blockchain technology and to unite the flow of information with the flow of assets and value.

(Note: The views reflected in this article are my own and do not necessarily reflect the views of the global EY organization or its member firms.)