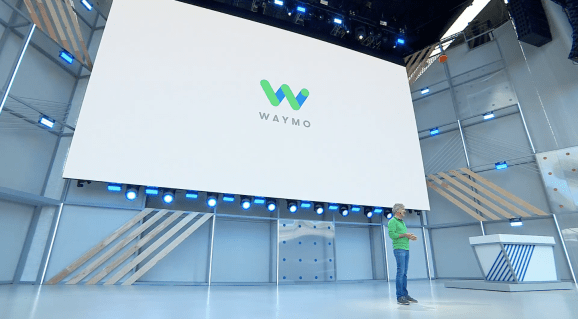 Autonomous cars carry a lot of emotional baggage for a technology in its infancy. A whopping 73 percent of Americans say they would be afraid to ride in an autonomous vehicle, according to the American Automobile Association (AAA), and self-driving cars are expected to leave as many as a million service drivers — including taxi drivers, school bus drivers, and Uber drivers — unemployed.

Spurred in part by those worrisome trends, a coalition of companies researching, designing, and testing self-driving cars have formed the Partnership for Transportation Innovation and Opportunity (PTIO), a new 501(c)(6) nonprofit policy group that aims to win over the hearts and minds of policymakers and the public. Members include Ford, Toyota, Daimler, Waymo, Uber, Lyft, FedEx, and the American Trucking Associations.

The PTIO’s stated goal is to allay the fears of passengers and drivers in anticipation of a coming onslaught self-driving shuttle buses, tractor trailers, and taxis. More concretely, it plans to solicit the “expertise, concerns, and aspirations” of a “variety of interested parties” to develop a “well-rounded” and “data-based” understanding of the impact of autonomous cars, and launch awareness campaigns highlighting “existing and near-term career opportunities” for the more than 3.8 million people in the U.S. who operate motor vehicles for their livelihood.

“Concern for the safety of workers and the public is paramount to PTIO,” Maureen Westphal, executive director, told The Verge. “[S]afe deployment of [autonomous vehicle] technology is fundamental to securing better job opportunities for workers, so we plan to engage with a variety of concerned stakeholders already having conversations and planning for this transition to an autonomous vehicle future.”

PTIO isn’t the first lobby of its kind, strictly speaking. In 2016, Google, Volvo, Lyft, and Uber formed The Self-Driving Coalition for Safer Streets, an organization that “work[s] with lawmakers, regulators, and the public to realize the safety and societal benefits of self-driving vehicles.” The spokesperson for that group, David Strickland, is the former head of the National Highway Traffic Safety Association (NHTSA).

But according to Westphal, the PTIO’s focus will be less on the laws governing self-driving cars and more on their societal implications.

“While the Self-Driving Coalition for Safer Streets is doing very important work on issues related to autonomous vehicle safety and implementation, the Partnership for Transportation Innovation and Opportunity believes that while society prepares for the practical impact of autonomous vehicles, we must also focus our efforts on the human impact as it relates to Americans’ careers and jobs,” she told The Verge.