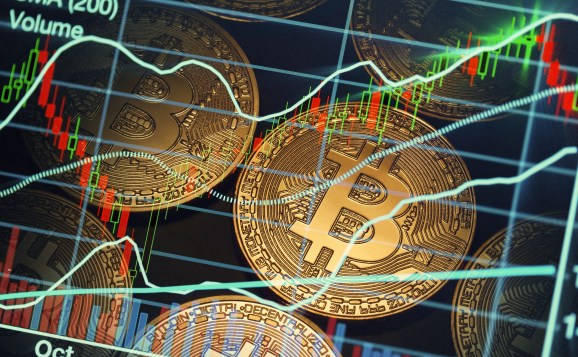 The cryptocurrency craze seems to have stagnated in recent months, following a peak at the end of last year that saw Bitcoin reach an all-time high of $19,783.06, and Ethereum and Ripple make percentage gains of around 9,200 percent and 35,000 percent, respectively, in 2017. Yet interest in digital currency remains notably high in several Eastern European countries, our research shows. The question is: why?

My team at Investing.com examined global interest in cryptocurrency five months into 2018. Taking the percentage of our website’s visitors in each country around the world who used our cryptocurrency section, we found that the five countries most interested in cryptocurrency from January through May of this year were:

Venezuela’s spot on the list comes as no surprise, as the South American nation has long been documented as one of the world’s leading cryptocurrency hubs, with the Venezuelan government even developing its very own (and controversial) petro cryptocurrency earlier this year. But what’s behind the strong interest in crypto among the other four countries?

It’s important to point out that all five of these nations are actively trying to harness a crypto-friendly environment, apparently to exploit the cryptocurrency wave and attract foreign investment in their countries. Be it newly adopted legislation around mining, tariff-free imports of mining equipment, or unrestricted access to cheap energy, these countries have positioned themselves as optimal cryptocurrency hubs—and judging from our data, their strategy is indeed generating unprecedented domestic interest in crypto.

According to research conducted by Elite Fixtures, the cost of mining a Bitcoin varies significantly around the world, from as little as $531 — in, you guessed it, Venezuela — to a stunning $26,170 in South Korea. Mining cryptocurrency is an extremely complex process that relies on both new technologies and access to cheap electricity. In the other four of our top five countries for interest in crypto, the mining costs are higher than they are in Venezuela but still on the more affordable end of the spectrum: $2,177 in Belarus, $3,133 in Kosovo, $3,316 in Georgia, and $5,155 in Lithuania. Not coincidentally, Lithuania has the highest electricity prices of these five countries.

A common thread for all four Eastern European countries on our list except Lithuania is that they have recently gone through prolonged periods of war and/or recession, which has resulted in their poor working classes losing trust in government and banks. The deterioration of trust in traditional financial institutions may have added fuel to the crypto fire in these countries.

Further, all four nations at some point during the past 10-15 years experienced a currency crash. Such a devastating experience has presumably motivated old and young traders alike to seek out crypto investments to hedge their bets against another failed currency episode.

While Lithuania hasn’t suffered a recent recession, its economy has seen dips in growth following its deep recession in 2009, specifically in 2015 as seen below.

Above: Lithuania GDP by year

It was around that 2015 dip that cryptocurrencies began to emerge in the mainstream. Whereas banks around the world, including the likes of Bank of America and Barclays, have taken a hardline when it comes to companies in the cryptocurrency sector, The Bank of Lithuania in April of this year endorsed cryptocurrencies, initiating a dialogue between commercial banks, government regulators, and crypto traders.

There seems to be a clear trend towards crypto-friendly technology and legislation in Eastern Europe.

Georgia is home to BitFury, one of the largest producers of Bitcoin mining hardware and chips, with the company currently mining about 15 percent of all Bitcoins. Albvision Ltd. recently introduced four Bitcoin ATMs in Kosovo, where the company is based, with local business now accepting payment in Bitcoins and no regulations existing for cryptocurrencies.

Belarus’s government last December took the landmark step of legalizing transactions in crypto-currencies, and this March officially introduced cryptocurrency accounting standards. Both moves aim to streamline and remove bureaucracy that could prevent innovation in the cryptocurrency sector.

And, in addition to Lithuania’s recent endorsement of cryptocurrencies, some experts, commentators, and officials were touting crypto as “the future of Lithuania’s economy” as far back as 2015.

“We think that technologies such as blockchain, cryptocurrency, and Bitcoin are among the latest and most exciting financial innovations,” Lithuania’s Vice-Minister of Economy Marius Skarupskas has said. “Lithuania and Vilnius have serious intentions to invest into breakthroughs in this area and to become a leader on the regional and global scale.”

A look at the countries most interested in cyrptocurrencies today — albeit based only on Investing.com’s usage data — gives us a picture of the factors that are likely to spur high interest in digital currency in any country or region, even as global interest in crypto fluctuates.

Will Eastern Europe’s crypto boom persist? As long as crypto-friendly conditions remain in place, there’s no reason to believe otherwise.

Igal Stolpner is Head of Growth at Investing.com.