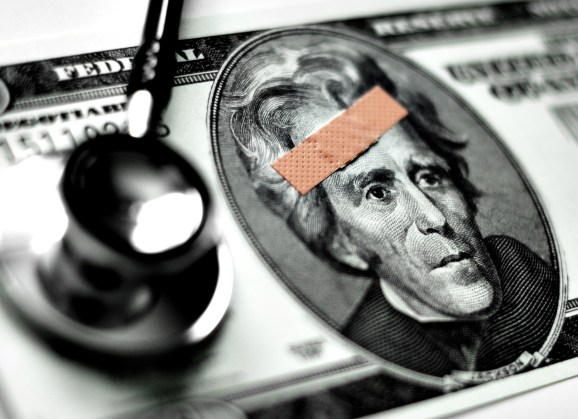 At the end of Q3-2017, Crunchbase famously reported that projected near-term global venture “deal and dollar volume” would revisit “post-Dot Com highs.” The numbers matched up. Q3-2017 was the fourth consecutive quarter of growth for both deal and dollar volume, surpassing previous highs reached in 2016.

Through Q1-2018, public markets showed some volatility, but venture deals continued to close at a historically accelerated pace. Global seed and early stage deal volume also appeared to achieve another banner quarter in Q1-2018 — presenting a picture of strong demand for seed and early-stage deals globally.

The U.S. early stage venture market, however, isn’t meeting that global metric. In my team’s recent analysis of Pitchbook data on U.S. early-stage ventures — deals valued at $10 million or less — we saw a sharp contradiction between the state of early stage funding in the U.S. and the trend Crunchbase reported.

By our analysis, early-stage companies in the U.S. are finding it harder to close financing. In fact, Q1 2018 was the lowest quarterly deal count since Q4 2013, with both deal and dollar volume contracting. Within one year, deal volumes between Q1 of last year and Q1 of 2018 dropped a whopping 31 percent.

And, as we detail in our report, the health tech sector is looking particularly rough. From Q1 of 2017 to Q1 of this year, deal volumes in early-stage health technology dropped by 39 percent — a drop we haven’t seen in the last eight years.

U.S. early-stage health tech investing is typically seasonal. However, if you look specifically at Q3-2017 and Q1-2018, the once reliable bounce-backs since 2013 did not occur. This is the first time since at least 2010 that we have seen four consecutive quarters of contraction in early stage investing in the sector.

Why the funding squeeze?

Of course, there are many potential causes that may be driving a flight of early-stage capital away from the sector. Increased uncertainty around policy may be impacting risk-sensitive early-stage investors. The emergence of bright and shiny sectors, such as biopharma, may not present capital efficient opportunities for traditional seed or angel investment. Or, given the run-up to the sector’s peak in 2016, smaller investors might just need a breather.

Reviewing the recent contraction in the context of fundamentals fueling historical growth of health tech spending provides insight on this trend’s impact.

First, the demand for health care continues to increase. Driven by an aging population and obesity, U.S. spending on healthcare will continue to increase at a predicable rate for the foreseeable future. Healthcare spending will approach $3.6 trillion or approximately 18 percent of the U.S. economy in 2018.

Exacerbating the impact of this demand on health systems, the margins with which they need to operate continue to contract. The way health systems are compensated for the care they deliver is evolving, forcing health systems to demonstrate greater efficiency — to do more with less — or to go out of business.

Additionally, in spite of the lack of early-stage funding available for health technology startups, investment in U.S. research and development in health technology continues to remain strong. For example, NIH spending in research and development in 2018 is expected to exceed $200 billion — consistent with an average CAGR of 8.4 percent since 2014.

The migration of venture funding away from early stage is of course leaving a gap in the precious capital required to drive the innovation that this industry needs.

Finally, from the last four quarters of deal volume and value, we know that demand for what we would consider traditional early-stage deals has dropped. Economics 101 show us, consistent with an increase in supply, a decrease in demand delivers a predictable outcome.

The expectation is that prices for what we would have historically considered early-stage deals will drop to increasingly attractive levels over the next several quarters. By taking advantage of this relative lack of early-stage capital in the near term, early-stage health tech investors will be able to generate outsized returns.