As next-generation 5G cellular networks inch closer to reality, dozens of carriers and device makers have been claiming “world’s first” 5G achievements. Finnish carrier Elisa joined the crowd this morning, announcing that it is the “first in the world to launch commercial 5G” — a claim that Qatar’s Ooredoo notably made last month.

Elisa says that it has launched 5G networks in Tampere, Finland and Estonia’s capital city of Tallinn, the carrier’s first installations in the two countries where it offers cellular services. To commemorate the launch, Elisa hosted a “historical” video call between Finland’s Minister of Transport and Communications and Estonia’s Minister of Economic Affairs and Infrastructure, noting that the world’s first GSM telephone call had previously been made on Elisa’s network years earlier.

There are a couple of differences between Elisa’s and Ooredoo’s announcements. Elisa says that it’s already selling 5G service subscriptions, and partnered with Huawei to use “the first commercial 5G terminal devices in the world to make the call.” By comparison, Ooredoo initially left unclear how customers in Qatar would actually be able to access its “5G Supernet,” suggesting that 5G devices would be forthcoming. It later clarified plans to offer 5G broadband hardware to customers in June 2018, with mobile 5G hardware following by June 2019.

Hardware is a problem for all prospective 5G carriers: Apart from early and arguably prototype devices made by Huawei and Samsung, actual 5G smartphones aren’t expected to be available in large quantities until early next year. However, Samsung has produced 5G broadband modems for home use, which Verizon plans to sell in several U.S. markets later this year. Rival AT&T says it will offer 5G mobile hotspots from an unnamed supplier in a dozen markets.

One similarity between the carriers’ networks is their radio spectrums. Elisa is targeting the 3.4-3.8GHz frequency range, while Ooredoo launched 5G on the 3.5GHz band. Neither of the carriers is yet adopting millimeter wave spectrum, which promises considerably higher data speeds at the cost of more challenging network hardware installations. Additionally, Elisa acknowledges that a full 5G launch across Finland is awaiting “autumn” regulatory approval of 5G licenses. Ooredoo’s 5G launch was similarly limited to a single city, Doha.

Elisa says that its new network is “the kickstart for 5G” and that it’s continuing to update its prior Finnish network to be 5G-ready when it receives its 5G licenses. But until hardware is commonly available, competition to be the “world’s first” to actually offer 5G services to paying customers will continue. A third small carrier, Etisalat, has also said that it will have the “world’s first” 5G network when it launches commercial services in the United Arab Emirates in September. 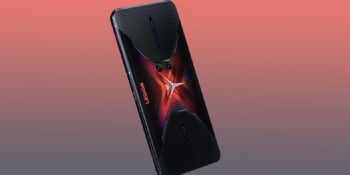 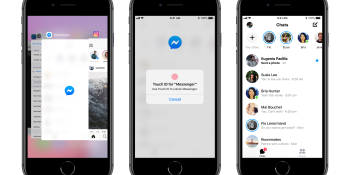