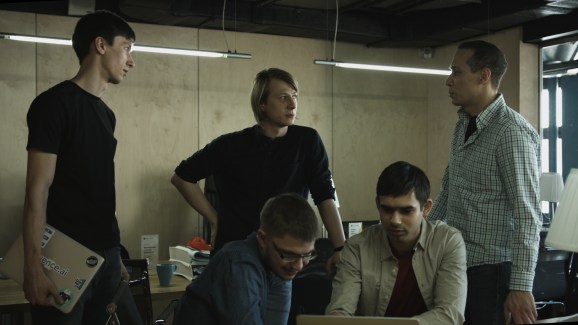 One of the topics discussed during the recent Cyber Week in Tel Aviv was the potential of blockchain technology to help solve issues like DDoS attacks, data breaches, and other security loopholes, as well as removing the ability for country-level service blocking, such as those we’ve seen targeted against messaging and social apps like Telegram and Twitter.

Blockchain-based database provider Fluence today announced it is using the blockchain to create a decentralized data organization layer, with the ultimate goal of building a decentralized internet.

That’s significant because in addition to the inherent features a database platform provides, such as storage, processing, and computations, it aims to eradicate data breaches and hacks.

“Imagine you put some of your content in a bank safe,” Fluence cofounder and CEO Evgeny Ponomarev told me. “The bank has a ledger where they have your name, associated account, and safe number. That’s DNS. It says ‘This content can be found in the safe number X’. But what guarantees that your money or possessions are in the safe and nowhere else is the bank service.”

That’s a problem if the bank hasn’t done its homework and its data is breached.

“Decentralized DNS solves only the ‘content addressing’ problem, in order to create censorship proof network (for example, if any government decides to ban a web service), but does not guarantee data safety or availability by itself,” Ponomarev said. “Basically, it makes sure that a user’s address in the web is reachable, but it is not responsible for any actual data that could be found there.”

“Decentralized storage and database solutions take this further and distribute high volumes of data across the network, keeping it online even if a part of the network is disabled or unavailable due to some malfunction or governmental restriction,” Ponomarev said. “These solutions ensure that there’s always a copy of your data online and reachable.”

In other words, with its decentralized database platform, Fluence seeks to ensure that data privacy and ownership, storage and collection, and valuable information won’t accumulate in the hands of a few big companies, as it has with current cloud database providers and social networks.

“In a regular database, the data is controlled by a single entity or, usually, held in one place on some company server,” Ponomarev said. “That makes it easier for an attacker to compromise just one server and dump everything stored there. In a decentralized network, the data is spread across many independent nodes. Since the data is not stored in one place, there is no single point from which you could scrape it easily. All personal data is encrypted in a browser and distributed across the network. The hacker would have to do an unbelievable amount of work to compromise each node of the network because, in decentralized storage, they wouldn’t even know which node has the data they’re looking for.”

The open source platform lets any developer use the code to build their own decentralized database network. The platform includes an API that provides developers of decentralized apps (dApps) all they need to access the network of independent nodes, which are connected and kept operating by the Fluence protocol.

So what is next for Fluence, and when can developers start using it with their dApps?

“A public test network release and updated research papers are coming soon,” Ponomarev said. “In the meantime, we’re building a strong community of software developers, hardware providers, and users. Fluence aims to provide a shared data infrastructure for blockchain developers that will enable them to build scalable and secure decentralized applications.”