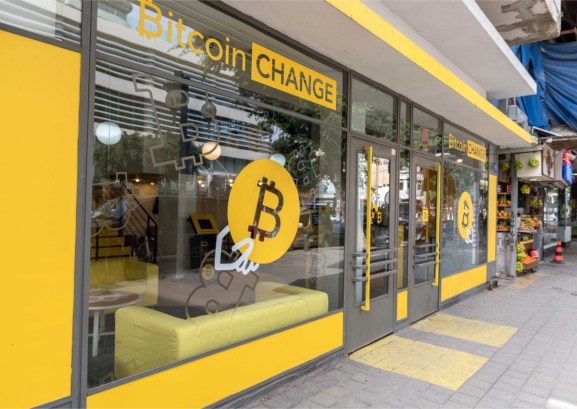 TEL AVIV, ISRAEL - 2018 FEBRUARY 7 : The bitcoin office exchange in the center of the city of Tel Aviv.

Estimates indicate that in 2017 Israel-linked ICOs raised almost $500 million, a remarkable slice of the total ICO pie that year. Israel’s regulators have also been alive to the changing financial landscape. This year has seen a flurry of output from various Israeli authorities seeking to make sense of the new global cryptographic reality.

In January the Israel Tax Authority issued a circular on the taxation of digital tokens; in March the Israel Securities Authority released its highly detailed “Interim Report on the Regulation of Decentralized Cryptocurrencies” (with a follow-up report due out around October); and in October legislation will come into force, defining virtual currencies as “financial assets” and mandating licensing for related services.

In July 2016, the Israeli Knesset passed into law, the Supervision of Financial Services (Regulated Financial Services) Law 2016. Under the law, a financial regulator was appointed with extensive authority for regulating non-institutional currency services and credit markets, which until then had been only loosely supervised. The law was intended to ensure that the providers of such services would be licensed, supervised, have adequate financial stability, and adhere to rules and regulations designed to protect consumers and eliminate criminal activities.

The provisions of the law have come into force gradually, and in October 2018, the regulator will commence enforcement of the provisions of the law regulating businesses engaging in the custody, conversion, transmission, and management of financial assets (including virtual currencies) for third parties. This law is paving the way for some major steps in Israel towards the comprehensive regulation of virtual currencies such as Bitcoin and Ethereum; steps that are likely to be studied by and, if successful, copied by other jurisdictions.

However, the kicker is to be found in a discussion paper issued by the regulator at the end of May, which goes further than most if not all other jurisdictions when it comes to regulation of cryptocurrency services. The paper, which may result in primary legislation before the end of 2018, takes a truly pioneering approach to the regulation of crypto-related financial services. The paper addresses the identification, reporting, and documentation duties of regulated financial service providers and is probably the first time any national (or state) regulator has attempted a comprehensive approach to the problem of identifying the holders of virtual currency.

One of the best-known features of most virtual currencies is the anonymity of the holders. While, in the case of most currencies, the ledger is open, and anyone (at least in theory) can review all transactions conducted in that currency and trace the “registered identity” of each unit, the fact is that this “registered identity” is just the owner’s public key, and the ledger discloses no personally identifiable information. It is this anonymity (or pseudo-anonymity) that concerns law enforcement agencies because of its capacity to be used in money laundering, the financing of terrorism, and other unlawful activities.

With the discussion paper, Israel’s regulator has proposed that each licensed cryptographic financial services provider must identify not only its clients and document all standard information – name, identity number, address, etc. — but also some unique identifiers that have not been collected or documented so far, namely, the addresses (public key) of the virtual wallets involved in the transactions and the IP address used by the customer.

Additional special reporting will be required for crypto-specific transactions the regulator identifies as suspicious, such as the use of anonymous virtual currencies (such as Monero, Zcash, Zcoin, and Verge); trade through “mixer” platforms (which enable individuals to replace their coins with other random coins that are then sent to the new target wallet, thereby making the source of the transaction untraceable); use of anonymous IP addresses (such as those produced by TOR browser); transfers from dark market platforms; use of IP addresses that are inconsistent with the geographic region; etc.

These regulations are unprecedented both in scope and technical detail. If they are enacted, Israel will have taken the regulation of virtual currency a big step forward. But even if legislation is delayed, we believe the ideas and concepts presented in the discussion paper, trailblaze a course that other regulators are likely to follow.

Will this legislation solve the problems associated with virtual currencies? We think it is likely to reduce them dramatically. Service providers complying with the regulation are likely to be recognized as legitimate businesses rather than as pariahs by the institutional banking sector. To the extent that banks are convinced the regulations will provide adequate protection from money-laundering and other criminal activities, significant barriers will be removed for the virtual currency sector. This, together with the consumer protections the law introduces, are likely to result in the sector becoming more mainstream, thereby giving a major boost to a burgeoning sector of the financial services industry. This may not be exactly what Satoshi Nakamoto was aiming for in his decentralized anonymous, trustless and harmonic-chaotic utopia, but sometimes regulators have a part to play too if the public is to be adequately protected and if business is to prosper.