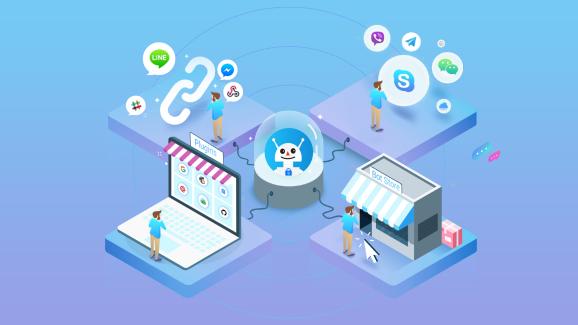 SnatchBot is a company experiencing rapid growth. With over 18,000 users of its platform one year from launch, it has huge potential in one of the most talked about areas of customer service, productivity, and user interaction.

Recently adding LINE integration to help SnatchBot’s cloud-based bot design, analytics and publishing platform expand into Japan and Asia, where LINE has hundreds of millions of users, the only way is up. I caught up with Avi Ben Ezra, CTO and co-founder of the company to ask him what we can learn from the rise of the company.

Tell us a little about SnatchBot and yourself?

We founded SnatchBot in 2015, utilizing our background in telecoms to envisage a future where conversational software was everywhere. Strategically, we took the decision not to limit the chatbot-building platform to any one channel, like Facebook Messenger, but to make it available on all channels. In 2017, the platform went live with bots for websites, email, Messenger, Slack, Twilio and our own, proprietorial messaging system, SnatchApp. We have a roadmap to all the other major channels (and some bespoke ones for clients with their own systems). Last month we added LINE and Telegram, VIBER, and WeChat are only a matter of weeks away, too. We saw at once that our core philosophy was justified and when Messenger bots were temporarily blocked, a great upsurge of interest in us took place. No one wants to be dependent on decisions of another company for the life of their bots. Our other big decision was to invest in a state-of-the-art NLP system, which anyone could use, even if you have no coding background. In fact, I believe our whole platform is beautifully intuitive and user-friendly. Some evidence for this is that in less than a year, we have over 18,000 registered users who have built bots that have exchanged over 40 million messages with their users. Our big ambition now is to add a voice feature to the chatbots, which will happen very soon.

What personal goals have you set yourself?

I enjoy being at the forefront of an exciting new technology and I want to remain an innovator. It’s long been a vision of mine that the seamless integration of messaging systems with chatbots and with secure fintech will be of immense use, so we are working hard on our own messaging system, SnatchApp, and money-exchange system, SnatchPay, which will work beautifully with bots built on SnatchBot.

Why the brand, ‘Snatch’?

We wanted to convey communication at blistering speed. Also, you know how in weight lifting, you have three vital moments: the snatch, the clean, and the jerk? Well, SnatchBot captures also the sense that the bot will instantly lift the heaviest workload. And for the literary minded, we were thinking of Tennessee William’s quote that ‘snatching the eternal out of the desperately fleeting is the great magic trick of human existence’. In tech, everything is changing, but if we make something beautiful, it will last.

What’s are the best and funniest uses you’ve seen from a SnatchBot?

Well, let’s look at it from the other end first. There are a lot of simple chatbots that follow a few scripted questions and then run out of steam. This is such a waste of the new technology and I’m sure users are not too impressed by them. With NLP and AI being so powerful these days, there is no reason why the bot can’t be sophisticated and an engaging experience for the user. Also, I like examples where an imaginative approach has been taken. For instance, Professor Diana Derval built a chatbot that got millions of responses to her colour test. What was smart about the bot, was that it gave people taking the test instant results about their colour perception. So it went viral as friends shared it, saying things like, ‘This bot says I have better red appreciation than yellow, what do you get?’ Readers can talk to the Derval Color Test bot by sending a message to it on Facebook.

Chatbot adoption rates and bot evolution are on a high-growth trajectory; what are your priorities in this much-hyped market that seems to evolve weekly?

It’s true that we need to revise our road map in the light of rapidly changing demands from conversation AI. Car manufacturers, for example, now that we are about to offer voice-activated chatbots, are interested in integrating them into their vehicles. So the person driving, or maybe reading a newspaper while the car drives for them, can chat to the vehicle about destinations, etc. But our core priorities remain the same: the addition of new messaging channels; and new plug-ins and new templates for our bot store, so users can download use-cases for every vertical and get started quickly.

Do you find it hard to sell chatbot technology to prospects? What are the common sticking points and how do you overcome them? What are the main problems that customers use SnatchBot to overcome?

We are well ahead of projections when it comes to the number of users of our platform so I can’t say it’s hard to sell this technology. Some sort of tipping point seems to have taken place early in 2018 and whereas in 2017 there was a struggle to educate business about the value of chatbots, now it’s almost the other way around. We have to make sure that everyone wanting a chatbot is getting the most out of the software: that it’s not just a gimmick but really delivers useful work. In a similar sense, the sticking points are sometimes based on the business not realizing what the chatbot can do, for example, how to use NLP to their advantage or how to offer the conversation on many channels. There isn’t really a common type of problem for which the chatbot is the solution as we get demands for chatbots fairly evenly across all verticals. In education, people often want a chatbot to help with administration and even assessment, in customer service, people want to automate responses to FAQs, to offer 24/7 instant response times. In a lot of verticals, people want the chatbot to carry the load of the initial query, so their staff can concentrate on conversations that need to go to live chat (in which the bot passes the user to the company representative). In marketing, people want chatbots to engage new users and build up email lists or addresses. In travel and entertainment, people want bots to sell tickets and make bookings.

With IBM, Amazon, and other major players packing increasing amounts of AI into bots, avatars, and virtual assistants, how long do you think until a typical AI bot will be able to act and “sound” human? Is this something you’re interested in, or do you think it is unnecessary for most use cases?

Good question. I think that we are far, far away from actual human-like consciousness in software. In fact, it might be an impossible goal. True AI is likely to be very different to human consciousness. But we are already able to create software that in limited ways acts and sounds human. There are, for instance, a lot of ways to order cinema tickets using the English language, perhaps millions of sentences that apply. Yet it is a finite number and only about a week’s work for a large company to train an NLP that covers all these instances. Having done so, the cinema ticket NLP model can then be set to evolve through supervised machine learning. So as well as the bots’ own algorithm, which allows it to attempt answers to unfamiliar sentences, a human looks at the analytics, spots where the bot tends to go wrong, and trains those kinds of sentences. Very quickly, the bot has near human accuracy in that particular task. I don’t think it’s necessary that chatbots ‘feel’ human, but I do think a really good bot will have NLP as part of its core.

Why would you recommend a business choose SnatchBot for its bot?

We’re omnichannel; have state-of-the-art NLP; have competitive pricing (including powerful bots for free if you are willing to have our branding) and have a team that can solve any technical challenge. But perhaps most appealing of all, we’re exciting to work with. There’s a revolution underway in this technology and by teaming up with us, you become part of that story.