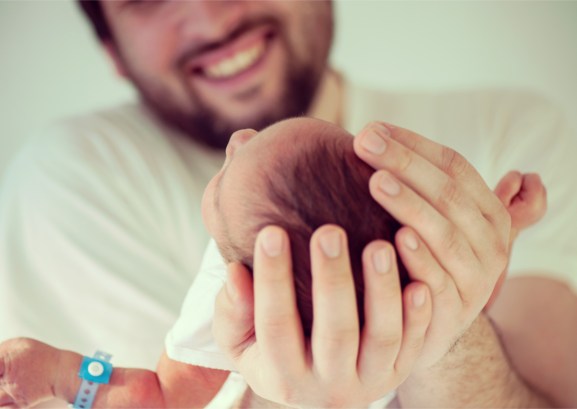 Children with birth complications are statistically more likely to develop cognitive and physical disorders later in life. Premature babies, for example, show higher rates of developmental delays, according to a 2017 study published in the high-profile medical journal The BMJ. Researchers have demonstrated that arm and leg motions — spontaneous movements — can help distinguish between typical and atypical development, but there’s a problem: They’re tough to spot early in infancy.

A team at the University of Southern California (USC) and the Universidad Carlos III de Madrid set out to develop a solution with the help of wearables and machine learning algorithms. Their method, described in a paper published on the preprint server Arxiv.org (“Predicting Infant Motor Development Status using Day Long Movement Data from Wearable Sensors”), classifies limb movement patterns to predict whether a baby is likely to develop neurological deficits later in life.

“[S]tudies have demonstrated that kinematic variables, such as kicking frequency, spatiotemporal organization, and interjoint and interlimb coordination, are different between infants with typical development … and infants at risk … including infants with intellectual disability, myelomeningocele, Down syndrome, as well as infants born preterm,” the researchers wrote.

The team drew from a dataset provided by USC’s Infant Neuromotor Control Laboratory, which contains motor movement data collected from accelerometers, gyroscopes, and magnetometers strapped to babies’ ankles. An algorithm detected the right and left leg movements from the raw sensor data and determined each of those movements’ duration, average acceleration, peak acceleration, and other characteristics.

The researchers manually added features such as age, developmental scale score, and development label (i.e., typical or atypical), and assembled a prediction model using a host of binary classification algorithms, eventually settling on three top performers that they combined to minimize any one model’s bias.

The resulting algorithm ran the numbers, and its predictions were impressively close to the baseline. It projected developmental delays in the first six months from the movement data with 83.9 percent accuracy, and predicted problems in 6-12 months with 77 percent accuracy.

“Overall, these results further establish the relationship between the kinematic features used in the classification algorithms and infant development,” the researchers wrote. “The eventual goal is to use this methodology to predict if an at-risk infant will be diagnosed with a developmental delay.”

In future studies, the team hopes to recruit more infants and create an algorithm that forecasts a baby’s movements from historical sensor data.

“Currently, developmental delays are often not diagnosed until an infant is two years old, preventing many infants from receiving early targeted interventions,” they wrote. “The prediction algorithm we aim to develop would confirm that developmental delays are reflected in the movement of infants in the first few months of infancy and thus allow for more infants to receiver earlier, directed interventions.”