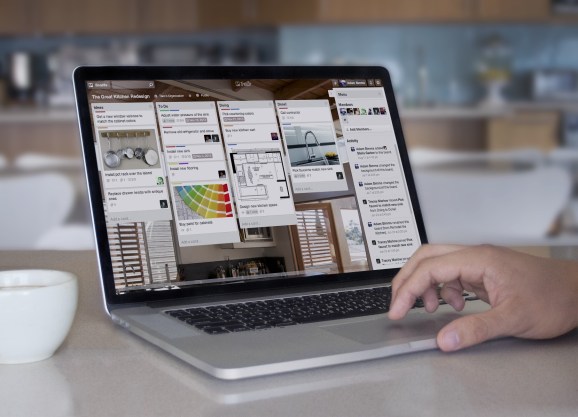 Apple frequently uses the launch of new products to overshadow the discontinuation of old ones, so it’s no surprise that today’s introduction of new 2018 MacBook Pro laptops coincided with the sunsetting of older models: not just last year’s versions, but also the larger and more port-laden 2015 MacBook Pro.

Over the past few laptop cycles, Apple has acknowledged — sometimes explicitly — that its newest and thinnest computers might not be ideal for some users, so it kept the 2015 version of the 15-inch MacBook Pro alive alongside its 2016 and 2017 successors. Unlike the latest MacBook Pros, which drop all legacy ports in favor of USB-C connectors, the 2015 MacBook Pro included highly popular features such as an integrated SD card reader, two USB 3 ports, an HDMI output, and a MagSafe power connector.

Perhaps more importantly, the 2015 model was the last to use Apple’s prior keyboard mechanism, which was generally considered by users — including creative professionals — to be largely trouble-free. A revised low-profile Butterfly keyboard mechanism was introduced in the thinner 2016 Pro models, leading to numerous complaints and lawsuits over everything from reduced travel to key failures.

As of today, the 2015 MacBook Pro is no longer promoted on Apple’s main Mac web pages. Apple today introduced a “quieter” third-generation Butterfly keyboard for the new MacBook Pro, and offers USB-C adapter dongles for some of the features removed from the model, but users looking for classic integrated solutions will need to check Apple’s clearance section and third-party retailers for the older model.

Apple is also officially shutting down its Photo Printing Service, which since 2002 has enabled users to print images and photo books directly from Mac apps such as iPhoto, Aperture, and Photos. After folding both the iPhoto and Aperture apps for Macs, neither iOS apps nor macOS Mojave included support for the feature. The company advised Mac Photos users today that final orders must be placed by September 30, 2018, and is now recommending third-party alternatives instead.