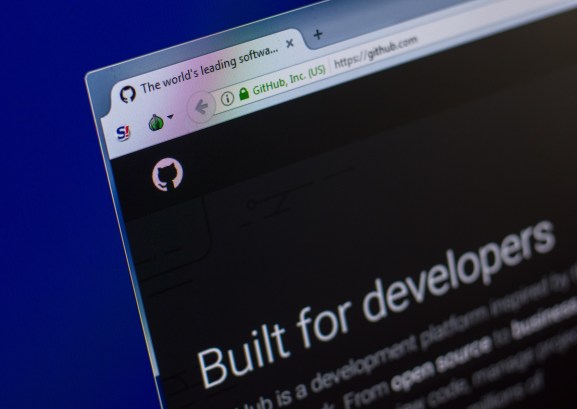 GitHub has announced that enterprise customers will for the first time be able to connect to public repositories.

To recap, the popular code-hosting platform, which will shortly be owned by Microsoft after its $7.5 billion bid last month, offers a number of tiers for developers. It remains free for public and open source projects, while it has developer and team plans for $7 and $9 per month respectively, which unlock benefits such as unlimited private repositories. Then there is the enterprise plan that costs $21 per user, per month that allows developers to collaborate and share source code on their own private repositories hosted on their own servers.

As of last year, however, GitHub has also offered a $21 Business Cloud plan that is basically the Enterprise version, but hosted by GitHub itself. This makes the platform easier for companies to deploy. And it’s this plan that will now open up to the wider GitHub community, made available through GitHub Enterprise 2.14.

“Now, if you have GitHub Business Cloud in addition to your Enterprise instance, you can tap into everything you love about open source from behind your firewall,” the company said in a blog post. “Find public content and collaborate with the entire GitHub community without sacrificing security.”

It’s a notable move by GitHub, one that affects how big companies can leverage GitHub. It’s not clear whether limiting this new functionality to the hosted version of GitHub Enterprise has been guided by the imminent Microsoft acquisition, but the move could certainly serve as an incentive for a company to select the hosted version of Enterprise.