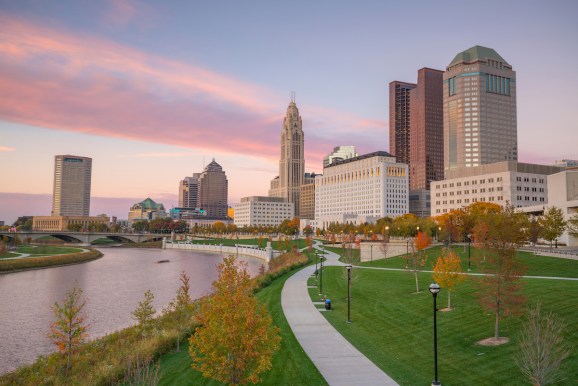 When it comes to venture capital activity, you can look at the Midwest in two ways. On one hand, the region lags significantly behind the East and West Coasts in total VC investment. On the other hand, this presents a real opportunity for significant growth, particularly given the region’s strong national (and international) standing in university-based research.

If my home state of Ohio is any indication, the future is looking brighter for both venture capitalism and innovation in the Heartland. I see more “Silicon Valley-quality” companies in medical technology, cyber security, data science, and advanced manufacturing that 1) have grown over 100 percent annually to tens of million in revenue with sights on $100 million, plus, 2) have more prominent customers including a majority of the Fortune 500 and leading universities, and 3) are attracting large strategic partners and investors like Facebook, Citi, and Microsoft.

Innovation creates the industries of the future, drives job growth, and creates wealth that can then be redeployed into the community. When successful, it’s a positive cycle — innovative projects are funded by value-add VC firms, and with money and guidance they become growing companies. This creates jobs for the Midwest, and with success, more VC money flows into the region. Finally, with the ultimate success (positive exits), much more VC money flows into the region, and those at successfully exited companies go on to found new startups that begin the positive cycle anew at larger scale.

While Ohio and other states in the region have made great progress, challenges remain in creating successful innovative companies in the Midwest. These include:

A mindset that does not think big enough

Too many startups in the Midwest have very conservative plans: years of modest growth that eventually lead to $10 million-plus in revenues after seven-plus years. Many of these startups could grow much faster if they were more aggressive in their aspirations, as well as their sales and marketing plans.

A lot of these startups have unique and powerful offerings, but don’t realize that they have a finite window of opportunity before competition comes and eventually eclipses them. They often operate in quarters or years, with not enough sense of urgency on how much they can accomplish in the next hour, day, week, or month. It’s likely a historical and cultural issue, as many of the traditional businesses in the Midwest have not evolved as fast as the innovative companies in Silicon Valley, so the fast-paced Silicon Valley cadence is not fully here yet.

Lack of experience and understanding of venture capital

Venture capitalism is, of course, more prevalent in locations such as Silicon Valley or Boston, and at times in the Heartland there is simply a lack of experience. Experience in raising funding and building innovative companies is key to creating a culture of expertise in successful innovation. Until you have lived it, you cannot fully understand it and help an innovative culture flourish.

Midwest VC firms can address this by working closely with their portfolio companies to coach the management teams on identifying and overcoming barriers to growth — whether that is hiring, customer focus, product roadmap, or otherwise — and common issues to watch out for as the company scales. As these teams achieve successful exits, they can similarly mentor others and create a culture that helps entrepreneurship in the region grow exponentially over time.

One best practice we often suggest is for VC firms to put interns to work at both their firm and their portfolio companies each year. Another is to bring in executive advisors from Silicon Valley and/or the East Coast to companies in the Midwest. The idea is to take the knowledge gleaned from working in some of the most competitive VC markets in the world and train the up-and-coming generation to instill best practices that will help venture capital and entrepreneurship grow exponentially in the region over the coming years.

Often technologies and companies in the Midwest are as innovative and disruptive as any Silicon Valley startup. But there are formational or structural issues that are unique to the Midwest.

It’s hard enough to be successful when trying to out-innovate the coasts and other technology centers, but it’s even harder when you don’t have the right structure, financing plans, and boards in place. We’ve met some board members of Midwest startups that are surprised to learn that we, as a venture capital investor, are focused on rapid company growth, which requires appropriate funding. Venture is about big wins — owning 10 to 20 percent of a company that grows “OK” and exits for $50 million doesn’t move the needle, but owning 10 to 20 percent of a company that scales big and exits for a few hundred million to over $1 billion does.

Further, licensing agreements should take best practices from proven models like Stanford University. For years Stanford has licensed technology and intellectual property to startups, and more recently it began investing in student and alumni companies through its nonprofit accelerator, StartX. In the Midwest, there is an opportunity to similarly capitalize on all of the world-class research that takes place at universities across the region.

While these three challenges are very real, they’re not impossible to overcome. On the contrary. If we can encourage entrepreneurs to think big and build their efforts on established models, a new center of innovation in the Midwest will continue to develop and grow.

Bill Baumel is the managing director of The Ohio Innovation Fund (OIF), which provides venture capital and strategic, operational, and financial expertise to high-growth companies in the SaaS, data science, cyber security, and med tech markets.