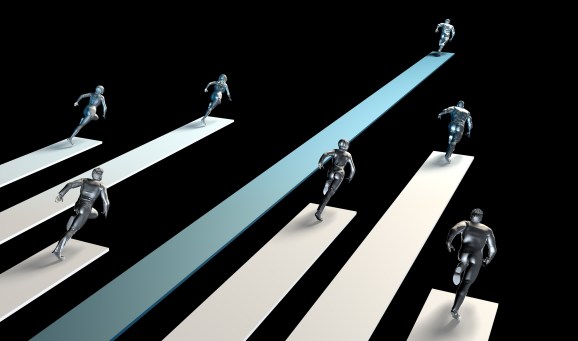 Seafarers once traversed the oceans with the North Star as a guide, determining their proper direction depending on their relationship to it in the night sky. Now in 2018, tech entrepreneurs are doing the same — in a manner of speaking.

One of the most recent trends in the startup world is the North Star metric (NSM), so-named because it is supposed to be the single best measure of a company’s or product’s growth. If the North Star could lead sailors safely from one content to another, a NSM can ostensibly take an organization from zero to one, from an idea drawn on a back of a napkin to a winner on the front-page of The New York Times. The term’s etymology certainly has winning roots: It was coined by GrowthHackers CEO and founder Sean Ellis, who was the first marketer at Uproar, LogMeIn, and Dropbox.

It’s easy to dismiss the North Star metric as another management fad, not unlike Tony Hsieh’s attempt to create a holacracy at Zappos, but the NSM may actually be relevant to many organizations. The principle of holding and following one metric above all the others is backed by several recent scientific studies.

For starters, the North Star metric is useful because it demands organizational focus. Several years ago, companies may have taken pride in calling themselves “data-driven,” but now they have no choice. Every enterprise software, platform, or app they sign up for comes with a wealth of analytics about their business, their products, and their customers. We are drowning in data at every level. In this environment, companies need to shift from being data-driven to being data-selective: We need to actively choose which metrics to concentrate our sparse attention on.

The North Star metric is helpful because it takes data-selectivity to the extreme by forcing us to identify one data point that every person in the organization will key in on. The NSM may vary per organization. For an app, it might be daily active users. For an ecommerce website, it might be average sales order. At my HR-tech company, Sprout, our NSM is our customer satisfaction score. We want to see to it that our enterprise clients are happy because all else will follow if they are: They will extend their contract, refer us to other potential clients, and serve as an advocate for our brand. That seems obvious, but in fact many times it forces tough decisions — the long path rather than short-term gain, investing in things that have very little immediate return but build long-term value.

The de facto NSM of some of Silicon Valley’s most famous companies also seems straightforward, but surely also belies some tough decisions that went into advancing it over other, less crucial metrics. For publishing platform Medium, it’s the total time a user spends reading; for Q&A platform Quora, it’s the number of questions answered; and for Airbnb, it’s number of nights booked. No company has registrations, app downloads, or even total users as their NSM, as the whole point of it is to cut through the sea of metrics — those vain and otherwise — to arrive at the one that provides the most value to users, and in turn, the company.

Perhaps this point is even clearer when looking at the decision-making process in choosing an NSM. In an interview with Y Combinator partner Gustaf Alstrome, former head of growth at Uber Ed Baker shared how he tried to determine the ride-hailing platform’s NSM after joining from Facebook. The NSM could not be monthly active users, since Uber is a two-sided marketplace. Baker thus chose weekly trips as Uber’s NSM because it accounted for both sides of the platform and reflected the value to each: Passengers were getting to where they needed to go, and drivers were earning income. Focusing on weekly trips as an NSM could thus ensure Uber continued its overall trajectory as one of the fastest-growing companies in history.

No matter what your NSM is, it becomes a reference point by which all your major decisions are made. If an action will likely decrease the NSM, avoid it. If an action will likely improve the NSM, you should strongly consider taking it. By leveraging the NSM as a kind of decision framework, your overall company will grow, assuming you chose it correctly. In our case, our NSM helped us obtain more than 200 enterprise-level clients, gain enough traction to raise one of the largest seed rounds for an HR-tech company in Asia, and develop additional products that further improved our customer satisfaction score, creating a virtuous cycle of happy clients, longer contracts, and more referrals.

Some will criticize the NSM as an overly simplistic view of business — it erroneously reduces success to a lever that you push in one direction, when the reality is that it’s more like a chess board, composed of dozens of different variables, possible moves, counter-moves, and end-game scenarios.

But the NSM creates focus you would not have in chasing multiple metrics. Jumping between different activities (to serve one metric or another) is known as task-switching, and there is lost time and productivity with each transition, as the founder needs to orient him- or herself to the rules and requirements of the particular job at hand. This is for just one person. The cost of task-switching at the organizational level, which increases with the more metrics you have, can be enormous — debilitating even. If you have many key metrics, none of them is in fact key.

The North Star metric, in contrast, works because not every action is equal. Different activities each have their own effects on the business. Most would not move the needle, but one might. This thinking is reflected in the Pareto principle, or the 80/20 rule. Many people erroneously believe that the ratio will always stay consistent with 80/20, but it’s the overall idea that is important: Most of our successful outputs (number of clients, revenue, users) will stem from disproportionately few inputs. The NSM is necessary because it forces organizations to look at their priorities and whittle them down to the one that can affect the most change with our limited time.

Patrick Gentry is cofounder and CEO of Sprout, an HR-tech company based in Manila, Philippines.