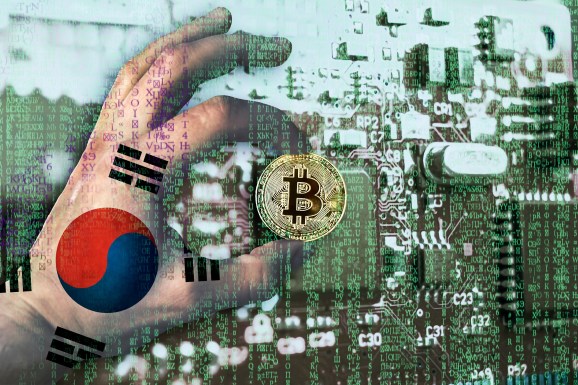 South Korea is truly crypto crazy. While the country has less than 1 percent of the world’s population, estimates indicate it is responsible for 30 percent of all cryptocurrency trading in the world. Steve Lim, CSO of South Korean crypto exchange Coinone said in an interview last year: “People are crazed over it. Grandpas and grandmas come to our office lobby and say they want to put [in] half a billion won ($447,000). We ask them how they heard about us, and they say, ‘I heard about you through a friend who invested a couple thousand and made a killing, and I want to do it too’ … but they have no idea how to use the app or email.”

South Korea is the only nation were investing in cryptocurrencies is truly mass market. Housewives, grandparents, millennials, boomers — people from every age group — have invested in a cryptocurrency. Some estimates state at least 30 percent of South Koreans have invested in them. Simon Kim, CEO of Hashed (Korea’s leading crypto fund) told me that number could be as high as 50 percent among white-collared professionals. Comparatively a recent study in the U.S. estimated that 8 percent of the population has invested in a cryptocurrency.

While people in other countries may be hesitant to take the leap on something so new and unproven, South Korea has a track record for quick adoption of new tech offerings — even ones that are truly culture-changing. Koreans created the first online microtransactions and MMORPGs (1996 by Nexon), social networking (1999 by CyWorld), one of the first major VoIP companies (Dialpad Communications founded in 1999), and mobile messaging content distribution (2010 by Kakao). South Korea has also been the worldwide leader in broadband technologies and adoption since the late ‘90s and the leader in wireless technologies and adoption. So it isn’t surprising that South Koreans would move so quickly into cryptocurrencies and blockchain technology.

Some people have cited Korea’s economic factors or job security issues of young people in South Korea as the causes of this crypto craze without really knowing how deep and long Korea’s history with virtual currencies has been. South Korea’s crypto craze is based on a foundation of ubiquitous technologies and a strong and wide early adopter base in this country of 50 million. When I lived in Seoul from 2000 to 2004, as an American, I assumed each of these technology crazes were due to some “Asian quality” or extra geek factor that coursed through their veins.

When I first witness micropayments of 50 cents within Nexon’s virtual economy and Hangame’s casual online games, I said to myself, “Only in Korea or Asia could this happen. Americans would NEVER pay 50 cents for such services.”

Around 2001, when camera phone sales exploded in Korea, once again I said, “Only in Asia would people be taking pictures like crazy with their phones!” Hollywood movie imagery of Japanese tourists being camera-happy filled my mind. I simply couldn’t imagine Americans taking to camera phones in the same way that Koreans and Japanese had. But American consumers proved me wrong. Soon after I came back to the U.S. in 2004, the camera phone market exploded here as well.

I moved to Korea in May 2000, years after leaving as a toddler, to launch HeyAnita Korea, a voice portal (think Siri over landlines), with Jimmy Kim (my cofounder at SparkLabs Group) and fresh money from Softbank. That same year I met David Moon, who became a good friend, and learned he was working at a startup, founded by a first-time entrepreneur Beom-Su Kim, called Hangame. Hangame was a Korean online gaming company that pioneered microtransactions through casual games. When I worked at a boutique investment bank in Hong Kong, both Hangame and Nexon became my clients in 2001, so I became further engaged beyond my personal relationships.

Hangame was charging users a fee of less than a dollar to do things like extend playing time, get power-ups, and host private group games for its stable of casual online games, such as Battle Tetris, blackjack, chess, and pool. In 2001, Hangame’s revenues hit $30,000 per day on micropayments of 50 cents on average. Within a year, that number had risen to $80,000, and by 2004 revenues per day exceeded $254,000 and accounted for more than $93 million for the year.  The in-game currency people had to purchase was called Hancoin, and by this time over 50 percent of the population was using Hancoin and becoming conditioned to the alternative reality of virtual currencies.

Over 25 million of South Korea’s 50 million population became comfortable with the notion of a virtual currency having real value and the ability for people to earn money through trading platforms and black markets. It was a real tangible asset for many Koreans even to the point where grey markets were becoming rampant. As early as 2001, Korean gangs were creating trading businesses around Hangame and Hancoin.

I asked David Moon to recall the story he told me the first 17 years ago: “We first realized Hancoin had become liquid in secondary markets around the summer of 2001. One day a contingent of square-headed gangsters barged into our offices, back when we only had about 20 employees, and proceeded to throw fire extinguishers around and kick over water coolers. They claimed to have come on behalf of some disgruntled users and demanded that we reactivate dozens of accounts that had been suspended for suspicious activity. When we got over the shock of the incident, I could only marvel at how enterprising and tech-savvy even gangsters were in Korea.”

This merger made Hancoin even more ubiquitous as this virtual currency would become the foundation for South Korea’s cryptocurrency craze. This is a nation where virtual trading, of items and currencies, has been in existence for over 20 years. Two generations — maybe three — have been comfortable with this idea of virtual currencies. So it’s no surprise Koreans have been so quick to invest in cryptocurrencies.

Last year, South Korea was the third largest market for Bitcoin trading and the largest market for Ether trading in the world (it accounted for at least 35 percent of Ether’s global trading volume). The country has also been quick to adopt the tech powering such currencies. Large companies from Hyundai Motors to Samsung have integrated blockchain technologies in their enterprises — and these are not just pilot projects. While government officials in South Korea hammer out and hopefully will soon define a regulatory framework for cryptocurrencies, the people and companies of South Korea have become the doers of the crypto world.

I believe that, once again, South Korea is a global trend indicator for the permanency of a new technology. From online microtransactions to social networking to camera phones, cryptocurrencies and their underlying technology, blockchain, are here to stay. The pump-and-dump schemes we’ve been seeing with cryptocurrencies, and the short-term mindset many investors in this space have — will pass. Especially once major nations (top 20 OECD nations) launch their own cryptocurrencies and major institutions become truly active within this market. I believe most alt coins will disappear and only the top 10 to 20 will remain, alongside national cryptocurrencies. Then they will become as commonplace as mobile phones and a Neymar injury in a soccer match.

Bernard Moon is Cofounder and Partner at SparkLabs Group, a network of startup accelerators and venture capital funds. Follow him on Twitter @bernardmoon.