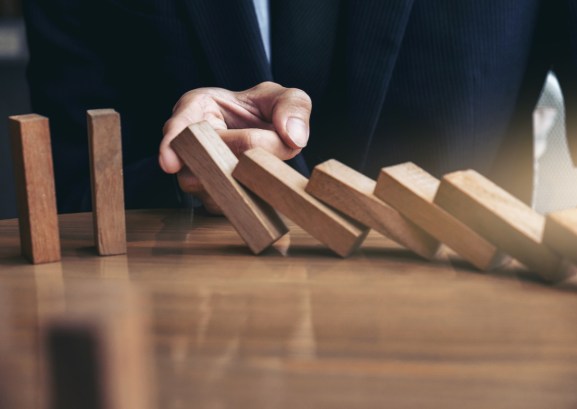 When Facebook and Twitter launched, pundits and prognosticators envisioned a future in which still more social networks would bloom. Now we can count the number of major social networks pretty easily.

We may see a similar thinning among companies the media has dubbed “disruptors” — companies that have transformed a traditional way of doing things using web or app-based services and that take a highly customer-centric approach to product development, marketing, and sales.

My team at Toluna recently conducted a consumer survey to gauge which of the disruptor brands are actually living up to the hype. The results showed that appetites for disruptors in some undisrupted industries are mild at best.

In May of this year we surveyed 1,028 consumers aged 18 – 55+ (designed to be representative of the U.S. population) from our global community of influencers. The answers we got revealed some interesting trends.

While consumers have accepted tech-based change agents in retail (quick-turn shippers like Amazon and Walmart), entertainment services (like Netflix and Hulu) and transportation services (like Uber and Lyft), they aren’t as keen on bringing a subscription model to food and clothes shopping.

Not surprisingly, the most mainstream disruptors were in online shopping and entertainment. Some 70 percent and 61 percent, respectively, of all consumers surveyed had tried each service. Thirty-five percent had used a ride-sharing service.

I’ll pick out my own clothes, thank you

Listen to any podcast these days and you’re likely to run across an ad for Blue Apron or Indochino, subscription services for meal kits and clothing concierge services, respectively. While both have amassed a following, our data shows 19 percent of consumers have used meal services and 13 percent have used wardrobe subscription services. The figures were higher among self-described innovators (people who are the first to adopt new services), but both were still at the bottom of nine categories listed.

Consumer reliance is key to any subscription service. But our study shows that wardrobe and meal services haven’t created an addiction; only 23 percent of consumers say they’d miss having a clothing concierge and just 26 percent would miss their meal kits.

Word of mouth (or social platform) is still critical

Disruptor brands that want to reach self-styled innovators would do well to buy some outdoor ads. Fifty percent of innovators say such ads have influenced their purchases. Younger consumers, meanwhile, are receptive to social media ads — some 54 percent say they’re likely to be influenced by such ads.

Another lever that marketers can pull is price. Sixty-four percent of respondents said price was very important to them and that variable was No. 1 by a wide margin. That explains why free trials and signup discounts are effective promotions. That price sensitivity carries over to loyalty as well; some 51 percent of respondents said they’d dump Uber or Lyft if either raised their prices.

The other big component of subscription success is convenience. Some 34 percent of consumers would drop those ride-sharing services if they became less convenient.

For potential disruptors then, some best practices have emerged. Traditional advertising is a good way to reach consumers who are most open to a new service, and social media advertising will reach younger consumers. But word of mouth converts consumers to buyers as do online reviews. If you want to keep your churn rate low, don’t raise your prices, and maintain the same or better level of convenience.

The takeaway: Not every industry is ripe for disruption

While those best practices will help launch a new disruptive service, it’s not clear whether there is a so-called path to disruption. Even though some 90 percent of 18-34 year-olds surveyed said we are living in the age of a subscription economy, not every industry is ripe for being made over that way.

It’s clear that wardrobe delivery services are struggling to capture consumers’ hearts. Half of all respondents said they were least likely to try this category in the future. The same goes for meal kit services, with 42 percent of respondents saying the same about this category.

When it comes to industries that consumers believe are most vulnerable to digital disruption, entertainment and financial services led the way, with 16 and 15 percent of respondents, respectively, selecting those. On the other end of the spectrum, only 2 percent and 3 percent of people, respectively, thought weddings and cleaning services will be disrupted.

Of course, a savvy entrepreneur may well figure out a way to overhaul either industry, and there are on-demand services for both like Zola.com for weddings and Handy.com for housecleaning. But it’s also possible that many so-called disruptors of the future will limit their disruptions to small niches of the market. Time will tell.

Janice Caston is VP of Global Marketing at Toluna.