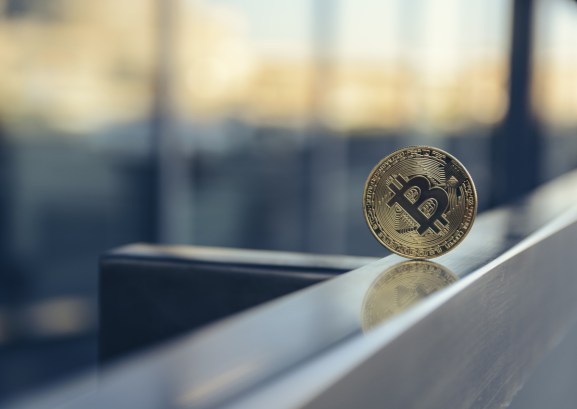 Flashback to 2013, before Bitcoin and blockchain took the public by storm. I was sitting at home when my teenage son asked me when Overstock was going to start accepting Bitcoin as payment. To be honest, at the time I didn’t even know what Bitcoin was, let alone other cryptocurrencies or blockchain. Luckily, my son was there to start to explain it to me before I did my own deeper research.

Fast forward a half-decade: I’m heading Overstock’s wholly-owned blockchain company and I took my most recent bonus in Bitcoin.

Blockchain’s full potential has yet to be reached, and current trends indicate some interesting possibilities for the technology, which is why my decision to invest in its future by taking my bonus in Bitcoin was an easy one to make. Of all the potential I see for this technology, the following three areas are what really make me a believer:

Blockchain and the capital market

It’s likely that within the next 36 months blockchain technology could offer real and usable capital market solutions. Currently, highly complex methods are in place using fragmented IT and data architectures. This, combined with a lack of common standards, creates the need to reconcile data with massive systems and process duplication, leading to high costs and increased time to execute tasks.

With blockchain, however, settlement is logged automatically rather than manually, and secure transaction matching is done in real-time as data gets added to the chain. Additionally, using blockchain will require standardized processes and services, shared reference data and standardized processing capabilities to increase efficiency and transparency of data on holdings.

With improved record-keeping and expedited settlement, using blockchain will have enormous benefits for the capital market, which could reduce transaction costs, increase efficiency, and bolster security around assets.

Blockchain’s capabilities go beyond the realm of finance. The technology’s emphasis on privacy and security make it an ideal technology for revolutionizing the voting process. In fact, Zug, a Switzerland city known as “Crypto Valley,” just tested a local blockchain-based voting system and dubbed it a success.

Unlike penetrable electronic voting systems currently in place, blockchain will eliminate voter fraud and prevent the risk of rigged elections. Because each vote is added to the chain in real time and is uniquely encrypted to identify the source of the vote, we get a clear, real-time record of both the vote count and each voter’s authenticity.

Blockchain startup Follow My Vote asserts that casting votes as blockchain transactions allows everyone to agree on the final count since votes are counted by the users themselves. Because of the blockchain audit trail, participants can verify votes to ensure none were changed or removed and that no illegitimate votes were added to the chain. While blockchain voting systems are still in their infancy, it’s not unrealistic to think we could be using them in democratic processes by 2020.

No other technology achieves the level of encryption and security that blockchain offers. Currently, users’ personal data is protected by archaic systems that rely on passwords and security questions; online identity theft and fraudulent activity run rampant. While biometrics have slowly made their way into the mainstream, they are still plagued by privacy concerns.

It’s likely that within the next five years, blockchain technology will give people complete and self-sovereign control over their identities. People currently have to provide a litany of information to prove they are who they say they are, increasing the likelihood of having their personal data hacked. Blockchain makes it so people only have to give minimal and cryptographically secure information to verify their identities.

Solving societal problems with blockchain won’t happen overnight or without a few hiccups, but we are realizing its potential as more applications roll out.

It seems like a lifetime ago that my son asked me about Bitcoin. At that point, the notion of taking my bonus in cryptocurrency would have seemed crazy. Now, though, not only is cryptocurrency reliable and secure, but the technology on which it operates is expanding its reach to create a future beyond what we could have imagined possible just five years ago. We’re in for a fascinating ride.

Jonathan Johnson is President of Medici Ventures and Member of the Board of Directors of Overstock.com.