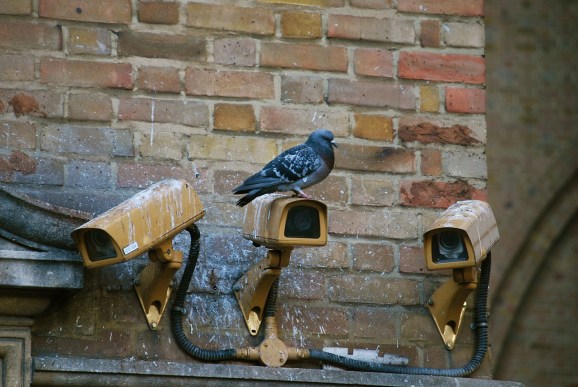 When the internet was originally created, it didn’t focus on security and privacy, as those protocols were considered over-complicated. Over the years, however, we’ve seen a big boom in cybersecurity as a means to provide customized layers of privacy and security.

Now, with blockchain technologies disrupting many areas of the internet, there’s an opportunity to approach these issues in a new way.

In other words, Dusk Network has created a privacy-focused communications and data transfer infrastructure within which content providers and network enablers are compensated for their contributions.

It is important to note that this is not a decentralized messaging app, or dApp.

“A messaging app is a user-facing application built on top of an enabling infrastructure,” Dusk chair and lead developer Emanuele Francioni told me. “For example, WhatsApp is a third-party application deployed on top of a mobile platform like iOS or Android. The Dusk Network is a scalable decentralized infrastructure entirely focused on confidentiality. It comes with a suite of innovative privacy-enabling technologies, including a secure and low-latency communication channel intended for pay-as-you-go data transmission services and a novel and scalable consensus algorithm for anonymous and secure transactions.”

By definition then, Dusk Network is not targeted at consumers in the way a private, secure communications app would be. Instead, it is aimed at those who will create communication layers on top of its infrastructure.

“Our targets are third-party developers to deploy their own applications in the realm of payment, communication, anonymous storage, and asset ownership transfer,” Francioni said. “Additionally, we are working on a new standard for the KYC-enabled transfer of tokenized securities. We aim to use this to launch the first security token platform for any organization to execute security token offerings (STOs) with the power to protect investor privacy while complying with regulatory frameworks.”

One way Dusk Network can help with enabling these communications is by ensuring the platform is surveillance-free. This provides an interesting solution to those situations where governments and regulatory bodies block communications and data transmissions. Dusk Network keeps its users anonymous and offers an encrypted space for information to be traded and accessed privately.

“Other blockchain platforms treat privacy as an all-or-nothing,” Francioni said. “They either provide complete anonymity or are completely open. The latter, even smart contract platforms, have a significant adoption problem since they practically imply broadcasting transactions on open ledgers that may very well be the object of sensitive topics, such as the settlement of medical or legal bills, auction bids, wages, or indeed, trade secrecy around supplier sources and pay rates. The former, like Monero, Zcash, or Dash, provide nothing more than a simple store-of-value, do not allow third parties to deploy their own brand of confidential services, and are frowned upon by regulators. By solving a focused set of specific use cases and allowing for the proper confidentiality for each case, the Dusk Network is the first crypto system to successfully reconcile privacy with regulatory compliance.”

Making this possible is Dusk Network’s privacy-oriented consensus algorithm, called Segregated Byzantine Agreement, which is specifically designed to financially deter any centralization attempt. The data transmission is paid for between peers using the network’s blockchain-based digital cash, DUSK, and that payment is seen as a positive by Dusk.

“It needs to be noted that there currently is no decentralized anonymous platform for low-latency bidirectional streaming or transfer of data through a privacy-oriented cryptocurrency, and certainly none based on a consensus other than the problematic proof-of-work,” Francioni said. “Even if such a platform outside of Dusk Network would be available, I would argue that a zero-cost platform has an intrinsic cost in either security (like BitTorrent systems, which are the primary targets or ransomware and malware) or privacy (like in the case of centralized platforms, as with Facebook breaching data to Cambridge Analytica or Google, which exploits sensitive profile information for targeted marketing). I truly believe in the saying ‘If you are not paying for it, you are the product’.”

So, what’s next for the Dusk Foundation?

“We are developing on top of Dusk a new token standard with configurable confidentiality, which we intend to use to allow issuance of confidential security tokens,” Francioni said. “Basically the idea is to separate the confidentiality of the cash transactions (thus preserving the fungibility of DUSK) from that of asset ownership transfers, where the purchaser of an asset/security needs to satisfy KYC requirements at the protocol level to complete an ownership transfer. The KYC procedure/provider is left to the token issuer and the asset purchaser has the capability of disclosing the transaction details to the authorities on their request. We are pursuing the strategy to reach the level of compliance that would allow the Dusk Network to secure high-level multinational EU research grants in parallel to our ongoing private fundraising.”