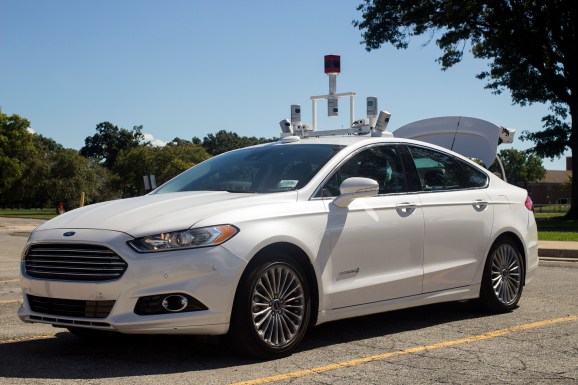 (Reuters) — Ford said on Tuesday it was creating a separate $4 billion unit to house its self-driving vehicle operations and is seeking outside investors, following a similar move in late May by Detroit rival General Motors with its Cruise Automation unit.

“Ford has seemingly taken a step out of GM’s playbook to try to unlock value” from its self-driving business, said RBC Capital Markets analyst Joseph Spak.

Ford said it would invest $4 billion through 2023 in its newly formed Ford Autonomous Vehicles LLC, including the $1 billion it previously had earmarked for Argo AI, the Pittsburgh-based self-driving startup that Ford acquired in 2017.

The new unit, to be headed by Vice President Sherif Marakby and based at Ford’s new Corktown campus in Detroit, will house self-driving vehicle research, engineering and systems integration, as well as business strategy and development for the automaker’s future self-driving vehicle fleet.

Ford said it hoped to accelerate business opportunities with the creation of the new unit, which it said is “structured to take on third-party investment.”

GM Cruise and Alphabet Inc’s Waymo are often described as leading the pack of technology and auto companies competing to create self-driving cars and integrate them into ride services fleets.

Alphabet plans to launch a self-driving ride service later this year, while GM Cruise has targeted the introduction of a similar service in 2019. Ford has said it expects to put self-driving vehicles into commercial service by 2021.

(Reporting by Arunima Banerjee in Bengaluru and Paul Lienert; Additional reporting by David Shepardson in Washington; Editing by Supriya Kurane and Frances Kerry)