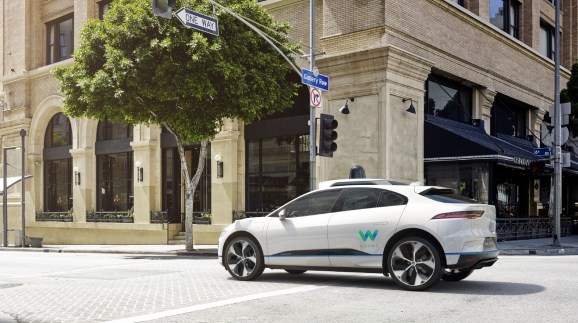 (Reuters) — Alphabet’s Waymo is starting trials to ferry shoppers to Walmart’s stores in Phoenix, Arizona, the company said on Wednesday.

Walmart shoppers in Phoenix metropolitan area can order groceries on Walmart.com and as their order is being prepared at the store, self-driving cars will transport them to the store and bring them back, Waymo said.

Waymo has also teamed up with U.S. shopping center owner DDR to offer shoppers and diners rides in its self-driving vehicles to and from the Ahwatukee Foothills Towne Center in Chandler, Arizona.

Additionally, Waymo has expanded its existing partnerships with AutoNation Inc and Avis Budget Group Inc in Phoenix. AutoNation will offer customers a Waymo, rather than a loaner car, to get around while their personal vehicles get serviced.

Avis Budget Group, which keeps Waymo vehicles charged and refueled for an upcoming ride, will provide its customers these self-driving vehicles as a last-mile solution to help them pick up or drop off their rental cars.

Having worked on self-driving cars since 2009 and with 5 million miles (8 million km) driven on public roads under its belt, Waymo is generally considered to be ahead of rivals in the development of autonomous vehicle technology.

Global automakers, suppliers and tech companies like Waymo and Uber Technologies are pouring resources into the development of autonomous driving systems and launching networks of test fleets aimed at pushing the technology forward.

The complex challenges of self-driving and the high costs of research and development has led to a host of partnerships between automakers, suppliers and others.