Now in its 50th year, Intel continues to be the world’s biggest maker of processors for personal computers such as desktops and laptops. But in a sign of shifting growth trends, Intel said in its earnings announcement today that “data-centric” chips are now approaching 50 percent of its business, compared to client computing group revenues that are PC-centric.

For the quarter ended June 30, the company said the PC-centric business grew 6 percent compared to a year earlier. But data-centric businesses — which include the data center group, internet of things group, programmable solutions group, and the memory group — all grew at rates ranging from 18 percent 27 percent in the quarter. All told, data-centric revenue was up 26 percent. Five years ago, a third of Intel’s revenue was data-centric, or based on data center and cloud computing infrastructure.

Intel reported non-GAAP earnings per share of $1.04, above analyst expectations, and up 44 percent from a year earlier. Revenue was $17 billion in the quarter, up 15 percent from a year earlier. Intel now expects higher revenue of $69.5 billion for the full year. Analysts expected Intel to report second-quarter earnings per share of 97 cents, on an adjusted basis, and revenue of $16.78 billion. Intel itself said it expected 99 cents a share on revenues of $16.9 billion.

But shares fell 2.8 percent in after-hours trading, possibly because analysts said that Intel’s data center revenue was expected to be higher.

In the quarter, data center revenue was $5.5 billion. Client computing was still the biggest group, with $8.7 billion in revenue. The internet of things group was $880 million. The memory group was $1.0 billion, and the programmable solutions group was $517 million.

“The only blemish was that desktop units were down, but average selling price was up. All of this demonstrates the diversity in the business,” said Patrick Moorhead, analyst at Moor Insights & Strategy, in an email.

But Intel’s latest report brings into view a number of challenges. One of the clouds hanging over Intel is its search for a new CEO. In June, CEO Brian Krzanich resigned from Intel over a violation of Intel’s non-fraternization policy for having a consensual sexual relationship with a now-former employee. Intel appointed chief financial officer Robert Swan as interim CEO, and it is searching for a permanent replacement.

“After five decades in tech, Intel is poised to deliver our third record year in a row. We are uniquely positioned to capitalize on the need to process, store and move data, which has never been more pervasive or more valuable,” said Swan, in a statement. “Intel is now competing for a $260 billion market opportunity, and our second quarter results show that we’re winning. As a result of the continued strength we are seeing across the business, we are raising our full year revenue and earnings outlook.” 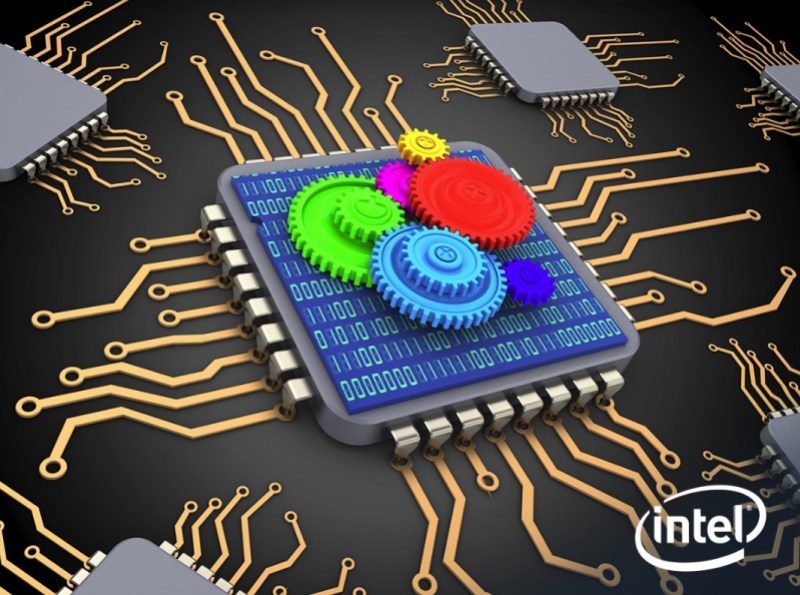 Above: Intel and DARPA are doing research on chiplets.

In a conference call, Swan cited the growth numbers for the data-centric businesses, and he noted, “Intel is uniquely positioned to capitalize on the world’s insatiable need to process, move, and store data.”

Intel has had a long-term advantage over rivals because it spends billions on its own factories and has consistently maintained a lead in manufacturing process technology. It has been working on its 10-nanometer process for a while, but it postponed the launch of that process until 2019 — a rare delay that could enable rivals to catch up.

Intel has said it has been trying to fix its issues and accelerate the process, but the fact remains that it’s still challenging for Intel and its suppliers to create new technologies that keep Moore’s law, the prediction that the components on a chip can double every 18 months, going. By moving to a new manufacturing process, chip makers can make their chips better — smaller, cheaper, faster. Intel has historically used this difference to gain an advantage over rivals like AMD, even if at times the rival has a better chip design. 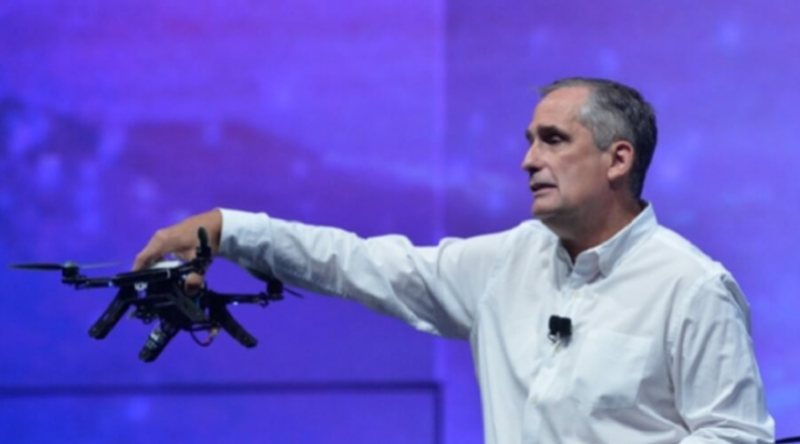 AMD launched a better chip design, or architecture, based on years of work on a project dubbed Zen. The first Zen-based chips came out in March 2017, and AMD said yesterday that the Ryzen line now accounts for 60 percent of its client processors shipped. Analysts said that AMD is gaining market share thanks to Zen, and Intel’s delay on 10-nanometer manufacturing gives AMD a chance for process parity. In short, all of this translates into a historic opportunity for AMD to gain market share for the first time in a decade. And, in fact, AMD reported yesterday that its adjusted net income of $156 million was its best quarterly number in seven years.

Intel still dwarfs AMD in revenues and profits. But Intel has been shaving staff and cutting costs. Intel’s momentum from years of dominance can’t be understated, however, and it continues to reap huge profits from supplying chips for data centers and cloud computing.

Venkata (Murthy) M. Renduchintala, group president for tech and other things at Intel, said during the call, “We continue to make progress on 10-nanometer. Yields are improving, consistent with the timelines we shared in April. Systems on shelves we expect to be available in holiday 2019 are client systems.”

Pressed on why that delay is taking so long, Renduchintala said the challenge is delivering on all of the revolutionary modules needed to make the 2.6 times density of transistors improvement compared to the prior 14-nanometer generation of chips. He said Intel still feels competitive with its 14-nanometer chips, and he said Intel will launch the 10-nanometer chips when the yields justify it.

As for design competition, Navin Shenoy, executive vice president of the data center group, said, “We feel great about our competitive position. We came into 2018 expecting a competitive backdrop. You’ve seen the results with our third consecutive quarter above 20 percent growth. That reflects our investment. We have a leadership roadmap, not just in CPUs.”

Regarding the CEO change, Swan said, “The board is making good progress determining the best person to be the next CEO of this great company. While there is no timetable, the board is working with a sense of urgency, and the identification of candidates — both internal and external — is well under way.”