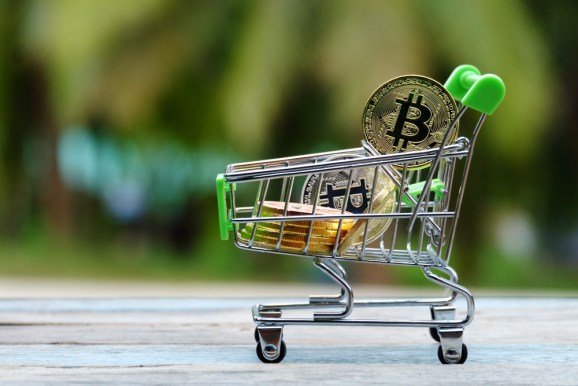 Blockchain technology and the associated cryptocurrencies have been disrupting almost every industry this year. But ecommerce is one sector that is not well-served at present, despite the prevalence of blockchain marketing solutions.

Ecommerce platform provider Gambio hopes to change that with the launch of GAMB (Global Alliance of Merchants on the Blockchain). Using distributed ledger technology, GAMB is intended to decentralize online retail by creating a digital marketplace powered by the merchants themselves.

And the platform is off to a good start, thanks to Gambio’s existing customer base. Gambio has more than 25,000 active stores in over 75 countries at present and processes billions in annual store revenues for its users.

Of course, the 500-pound gorilla in the ecommerce arena is Shopify. However, Gambio — and, in particular, GAMB — differs from Shopify by accepting cryptocurrency in return for goods, not just fiat.

“Gambio as an open source software solution for ecommerce, [and it] is a consolidated company and leads the market in Germany,” Gambio CEO Luis Krug told me. “The solution does not compete directly with Shopify. Our solution is open source and not SaaS-based. In any case, the ICO of the GAMB tokens that we publish is totally independent from the Gambio software.”

Merchants selling through GAMB are able to join a “merchants alliance.” While Gambio merchants have always had full control over ownership of their retail space, this gives them the opportunity to grow their digital footprint in a retail community, while making them less reliant on a single dominant marketplace.

“The GAMB ICO is launched to build the first blockchain-based marketplace,” Krug said. “It will be the marketplace owned by a merchant alliance. Any merchant will be able to participate in the alliance if [they hold] GMB tokens. The tokens will be used to allow the merchant to vote on marketplace issues, and thus we will enable the fully decentralized marketplace, by merchants for merchants.”

In other words, the wisdom of the retail crowds applies here. The more merchants using and supporting GAMB, the more influential and independent they become. Merchants will propose marketplace rules, eventually removing the top down-power that hinders merchants in existing marketplaces.

“The main reason for participation is because the merchant will be paying fewer commissions and will own the customer data of the generated orders,” Krug said. “Unlike being a merchant of Amazon’s marketplace, where you basically have to pay high commissions to not even own the customer data, on the GAMB marketplace we will offer full transparency.”

And how does blockchain technology help here?

The blockchain will help make cryptocurrency a more mainstream payment option, something the entire industry is grappling with at present. More than 96 percent of U.S. consumers currently shop online, with the number growing quickly across the world. Over 2.1 billion people are expected to shop online by 2021, by which time it is likely that cryptocurrencies will be more mainstream and accepted by retail sites everywhere. GAMB’s strategy could accelerate that usage.

Gambio is bullish on its ability to scale the solution and leverage its existing merchants.

“The initial merchant base will come from the existing Gambio software holders,” Krug said. “Merchants using Gambio currently invoice over $2 billion a year, and the consolidated product catalog exceeds 2 million products. We have an excellent base to start a marketplace project. However, without adequate traffic, we will not be able to compete. The management team of this project has scaled several projects to above $500 million in revenue and has great experience in making this a serious portal.”

“For the GAMB ICO, we are confident we’ll reach our hard cap during our presale,” Krug said. “We will then immediately start with the development of the blockchain-based marketplace. The team is ready to go, and we are excited about how we will revolutionize the ecommerce space.”