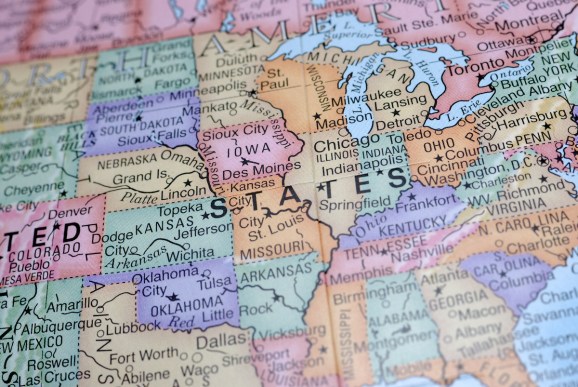 With Silicon Valley getting more expensive by the day, there’s plenty of talk of businesses forgoing the area for other U.S. cities, a phenomenon often called “Rise of the Rest.” But is startup activity in markets typically underserved by venture capital actually rising?

The nonprofit Center for American Entrepreneurship published a report today that aims to measure this by looking at the number of startups in a variety of U.S. metros that have received their first round of VC financing and how those numbers have changed since 2009, using data from PitchBook. The report’s author, Ian Hathaway, told VentureBeat that he chose to look at “first financings” as a measure of startup activity, as this is an indication, albeit an imperfect one, that the firm has potential for high growth. Additionally, an increase in the number of startups receiving first financings could be a sign that more high-growth firms are being created in the city.

Hathaway initially researched the distribution of first financings in 2015, and he found that a greater number of early-stage startups were being backed in more places across the U.S. than had been in years past. Cities like Columbus, Denver, and Indianapolis saw as much as a 21 percent increase in the number of early-stage startups receiving their first VC money between 2009-2010 and 2013-2014.

Hathaway doesn’t look at it this way — rather, he thinks that the research offers two takeaways. First, he believes aspiring tech hubs shouldn’t panic over year-to-year fluctuations in startup activity. He thinks a more appropriate timeline for judging startup communities is over 10 or more years. For one thing, most metros still had more startups receive first financings between 2016-2017 than they did between 2009-2010.

“These things take time, and it’s probably too soon to say whether you’re the next Boulder,” Hathaway told VentureBeat.

Second, he said that the startup and VC community still doesn’t know what a “healthy” concentration of startups in these so-called Rise of the Rest cities will look like. Hathaway points to Detroit, whose number of first financings dropped from 41 in 2013 to 18 in 2016. He says one way to look at this dip is that the number of first financings in 2013 was actually an unusually high number, and startup activity in the city has simply returned to more sustainable numbers.

But a few metro areas bucked national trends with a slight increase in the number of startups receiving their first round of VC fundings over the past three years. These include Boulder, Denver, Durham-Chapel Hill, Columbus, and Indianapolis, and their steady growth could be a sign of positive things to come for other cities across the country.