Carson Kahn Among Goldman Sachs’ 100 Most Intriguing Entrepreneurs of 2018

Goldman Sachs (NYSE: GS) will recognize Carson S. Kahn, founder and CTO of artificial intelligence firm Volley (volley.com), as one of its 100 Most Intriguing Entrepreneurs of 2018 at the bank’s prestigious Builders + Innovators Summit in San Francisco.

With Kahn’s leadership, Volley’s “knowledge engine” has gained rapid traction in Fortune 500 financial services to computationally synthesize the world’s enterprise knowledge. A recognized innovator and entrepreneur in artificial intelligence and education technology, Kahn’s work is covered in the Harvard Business Review, Wall Street Journal, TechCrunch, Reuters, Dow Jones, PatternML, and elsewhere. His advisory on questions in machine learning and cybersecurity has been solicited by members of the Congressional Caucus on Artificial Intelligence, the White House National Economic Council, and state governments.

“We are pleased to recognize Carson as one of the most intriguing entrepreneurs of 2018. This will be the seventh year that we’ve hosted the Builders + Innovators Summit, where emerging business leaders gather to discuss their common interests in building prosperous organizations,” said Goldman Sachs, noting that both incoming Chief Executive Officer David M. Solomon and outgoing Chief Executive Officer Lloyd Blankfein will host.

“His leadership in both Volley’s fast-growing business and innovative product makes Carson highly deserving of this award,” said Don Duet, former Global Head of Technology at Goldman Sachs, now also a Senior Advisor to Volley. “This is clearly just the beginning for Volley’s exceptional cofounders and team in helping the world learn faster and more dynamically with artificial intelligence.”

“I’m truly humbled. Volley is on track for an year of amazing growth, and we owe this success to my cofounder Zaid, our VP of Engineering Patrick, and our incredible AI team,” said Carson Kahn, CTO and cofounder of Volley (volley.com). “Volley is creatively combining unique natural language understanding technologies with a fundamentally new approach to the design of learning products. Only a team of this caliber could accomplish something that important and ambitious.”

“Carson’s visionary but practical application of the latest natural language research is unique in my experience,” said Dr. Paul Walker, PhD, former Global Co-Head of Technology at Goldman Sachs, also a Senior Advisor to Volley. “Carson and his team are applying one of the hardest areas of AI to some of the most important problems in enterprise learning and knowledge management. It remains an exceptional pleasure to advise Carson and his cofounder Zaid as they build and innovate the human learning system we deserve in today’s era of machine learning.”

“Even as every employee now needs to be a knowledge worker, our world is facing a ‘knowledge explosion’ like never before,” said Zaid Rahman, CEO of Volley and a recipient of Peter Thiel’s prestigious Thiel Fellowship. “Volley’s mission to synthesize the world’s knowledge with artificial intelligence will ultimately help anyone learn anything. We’re grateful to Goldman Sachs for recognizing my cofounder Carson and Volley with this honor.”

For more than 145 years, Goldman Sachs has been advising and financing entrepreneurs as they launch and grow their businesses. In addition to honoring 100 entrepreneurs, the October 17 Summit consists of general sessions and clinics led by Goldman Sachs experts, seasoned entrepreneurs, academics and business leaders as well as resident scholars.

ABOUT GOLDMAN SACHS – Founded in 1869, The Goldman Sachs Group, Inc. is a leading global investment banking, securities and investment management firm that provides a wide range of financial services to a substantial and diversified client base that includes corporations, financial institutions, governments and individuals. The firm is headquartered in New York and maintains offices in all major financial centers around the world.

ABOUT VOLLEY – Backed by such investors as JPMorgan Chase, Zuckerberg Ventures, and executives from Apple, Dropbox, and Goldman Sachs, Volley (volley.com) is a Silicon Valley AI startup on a mission to synthesize the world’s knowledge. Built by a world-class team of machine learning and natural language processing innovators formerly of Google, the U.S. intelligence community, Carnegie Mellon, and top Wall Street tech divisions, Volley’s knowledge engine cuts the cost of generating, organizing, and delivering key knowledge by up to 50% – a giant leap in the automation and personalization of enterprise learning and knowledge management. With customers throughout Fortune 100 financial services, Volley has been identified as a top AI innovator and is a seminal partner of the UC Santa Cruz Center for Excellence in Data Science Research. Volley’s core team is headquartered in San Francisco, with a satellite in Austin. Watch Volley’s 2-minute teaser at volley.com/video, or learn more at www.volley.com. 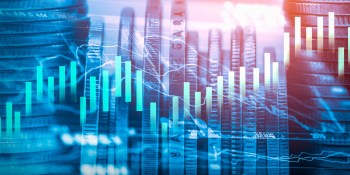