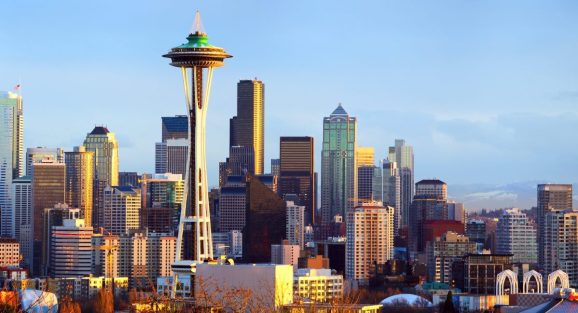 Real estate is a tough market to crack, but Tel Aviv, Israel-based Skyline AI thinks it’s up to the task.

The startup today announced an $18 million funding round led by Sequoia Capital and TLV Partners, with participation from JLL Spark and others. (JLL’s investment comes from its Spark Global Venture Fund, which was established to deploy $100 million into companies leveraging technology to improve real estate development, management, leasing, and investing.)

“Over the last few years, we’ve seen AI disrupt a number of traditional industries, and the real estate market should be no different,” Sequoia Capital partner Haim Sadger said in a statement. “The power of Skyline AI technology to understand vast amounts of data that affect real estate transactions will unlock billions of dollars in untapped value.”

The company’s innovative machine learning-powered platform taps a proprietary dataset of more than 130 sources, some going as far back as the last 50 years. Algorithms analyze over 10,000 attributes on each data asset, compiling them into a database architecture known as a data lake and cross-validating each one individually to ensure their accuracy.

The platform can make predictions within “seconds,” said Skyline cofounder and CEO Guy Zipori, who claims it’s the most comprehensive system of its kind in the industry. He’s not afraid to put his money where his mouth is — earlier this year, Skyline acquired two residential complexes in Philadelphia for $26 million, after its platform determined the properties were being mismanaged.

“Commercial real estate is coming out of the dark ages when it comes to technology,” Zipori said. “We developed a platform that injects advanced AI directly into the core of the acquisition and ownership process, leveraging the largest dataset in the industry to predict the performance of any asset in the U.S. We provide our partners and investors with cutting-edge asset analysis in the shortest amount of time, adding value to any commercial real estate investment, on or off the market.”

Zipori said Skyline will use the capital to grow its platform integration with “additional asset classes” and to facilitate further cooperation with leading commercial real estate investment firms in the U.S.

In the not-too-distant future, Skyline AI hopes to expand beyond real estate.

In July, it announced a data-sharing partnership with Greystone Labs, a commercial real estate, investment, and advisory company. Under terms of the arrangement, Skyline AI added “key industry insights” from Greystone to its growing collection of data sources, and Greystone received access to Skyline’s predictive technology, which it said will allow it to underwrite loans 10 times faster and “with greater accuracy” than the competition.

Skyline was founded in 2017 and has offices in New York, in addition to Tel Aviv. In March, the company raised $3 million from Sequoia, and it’s brought in $21 million from NYCA Partners, Arbor Ventures, and iAngels, to date.

Of course, Skyline isn’t the only one applying AI to the lucrative real estate market, which is forecast to hit $4.26 trillion by 2025. Jointer.io, which emerged from stealth earlier this year, uses AI and blockchain technology to power its primary securities market for commercial properties.