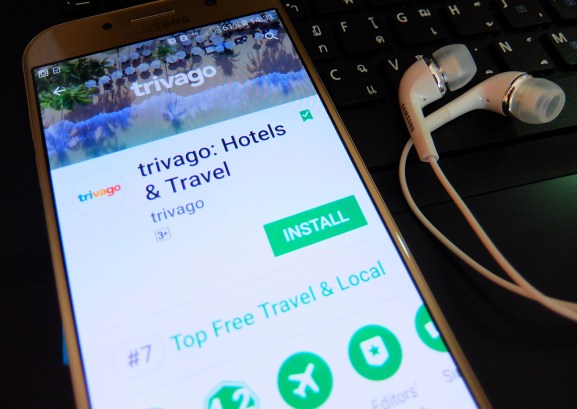 AI technology is available to any company looking for a competitive edge — but the first challenge is to develop the foundation that can support your AI strategy. Learn how to take your current setup into the future of AI-powered marketing when you join this VB Live event!

AI is a learning system, says Rolf Schromgens, CEO of Trivago, one of the world’s largest travel companies. Which  means that since you’re necessarily starting with limited information right out of the gate (or out of the box), you’ll see less impact in the beginning. The more interaction you have and the better the learning models get, the better the outcome.

“You can’t expect that AI will deliver the perfect results tomorrow — that’s not possible,” he says. “We’re going for perfectly personalized recommendations, and we see what value is possible to create. It’s not a 50 percent jump in the next three months, but it’s continuously improving.”

But, he says, that takes creating a solid foundation on which to build. At the most basic level, that means creating that learning system with the right learning mechanisms in place, and then applying copious amounts of time and transparent, accessible, free-floating data. But where Schromgens sees companies stumble is around the ability to build an unbiased system. Even if you’re the company with all the data, company culture is where your AI initiatives live or die.

And it’s difficult, he says, because one of the major problems as companies turn toward deep learning systems, is that it becomes a black box. Results are delivered, but without trust in those results, and a willingness to build strategy and goals around those results, your AI system is essentially worthless.

“It’s important that the people who are setting up the system really have a vital interest in solving the problem,” he says. “It starts with building a system which is driven by the desire to create the best system, the system that works the best, and not creating something that’s just confirming what you already want.”

“There is this paradigm of creativity in marketing, and there’s often a big ego in place, in decisions around what is good, what is quality and so on and so on,” he says. “Marketers are very hesitant in giving the decision power to an algorithm in these areas. They don’t believe that an algorithm can decide better than they can.”

You rarely find people in marketing who are fully data-driven, and who really know what a creative data-driven process looks like, he explains, and sees that many companies are way further along with machine learning in other areas than they are in marketing.

“It all sounds like it’s just data, but in the end, it’s implemented and analyzed by human beings,” Schromgens says. “And they have to be on board.”

“We focus a lot on that,” he adds. “How do we create our company as a learning system itself?”

Success is the best way to teach people, he says. In the moment they see a particular kind of value is created — and you can prove value has been created —  they may not understand the nooks and crannies of the complex AI system, but they begin to want to do more: test more, implement more algorithms, keep driving that success.

“If you have very good success criteria, that’s the best way to motivate your organization, and then it evolves from itself,” he says. “That’s how you can even convince very creative people.”

To learn more about what it takes to build a solid AI foundation, from identifying the best success metrics to getting creatives on board and optimizing your tech stack, don’t miss this VB Live event.