Peloton, a fitness technology company that sells exercise bikes with screens for on-demand virtual classes, is raising a whopping $550 million in a series F round of funding led by TCV, with participation from most of Peloton’s existing investors, including Kleiner Perkins, NBCUniversal, Tiger Global, True Ventures, Wellington Management, Fidelity (FMRCo), and Balyasny. New investors include Felix Capital and Winslow Capital, among others.

The round is scheduled to close in Q3 of this year.

Founded in 2012, New York-based Peloton offers a basic bike package that weighs in at around $2,000, while additional packages include extras such as shoes, weights, headphones, and heart-rate monitors. The company has historically targeted the home-exercise brigade, but last year it introduced a commercial incarnation of the product aimed at hotels, gyms, hospitals, and so on.

Through the mounted display, users can access thousands of on-demand and live classes, replete with remote instructors. Users must also sign up for a monthly subscription — starting at $20 — to access these classes, which cover running, walking, bootcamp, stretching, yoga, and strength training. 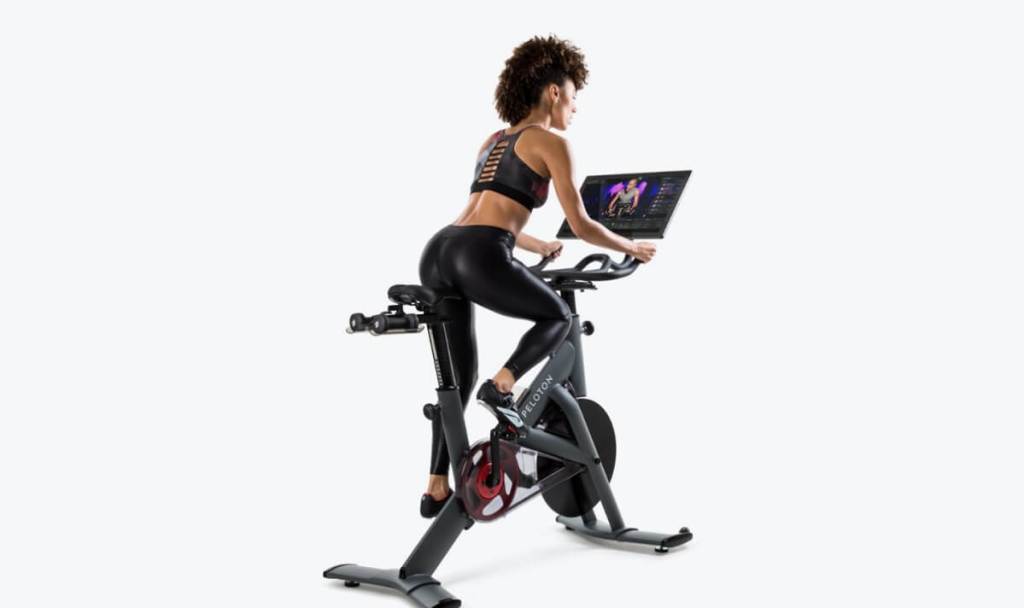 Prior to now, Peloton had raised around $450 million in funding, and with its latest cash injection the company plans to fund its previously announced product expansion and global rollout.

Back in January, Peloton announced plans to launch a $4,000 connected treadmill, which is scheduled to arrive later this fall, and the company’s also gearing up to launch its products in the U.K. and Canada — its first international markets. 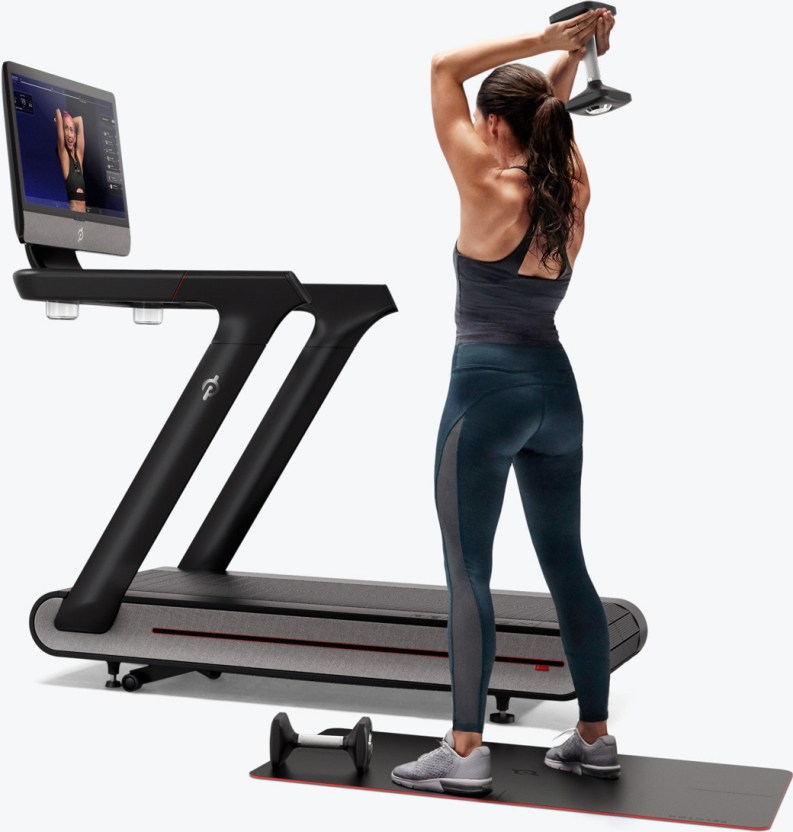 Aside from its international expansion and push into new markets, Peloton is also preparing to open a new 25,000-square-foot campus in Texas, which will serve as its customer support hub, as well as a new 35,000-square-foot production studio in Manhattan, where it will create and broadcast its fitness classes.

The global health club industry generates around $83 billion annually, according to the International Health, Racquet & Sportsclub Association (IHRSA), with 162 million fitness fanatics visiting 200,000 gyms and leisure centers. This interest is why venture capitalists have been pouring cash into fitness startups that promise a little more freedom by letting consumers work out where and when they want.

Audio-based fitness app Aaptiv recently raised $22 million, following a $12 million round less than a year ago. And a few months back, stealth startup Mirror raised $13 million to serve up in-home workouts through connected mirrors. Yup.

“We look for companies that offer their consumers a great value proposition, have engaged and delighted customers, and are led by visionary CEOs who have built a world-class management team,” said TCV general partner Jay Hoag. “We found all of these characteristics in Peloton and look forward to working with John and the entire team on their journey to revolutionize the home fitness category.”

Hoag, who serves on the board at Netflix, Electronic Arts (EA), and Zillow, will also now join Peloton’s board of directors.