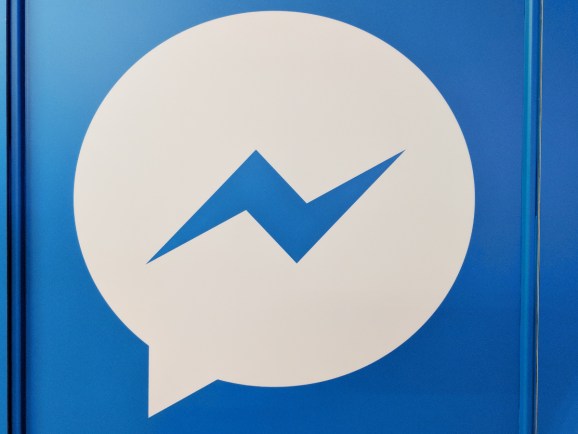 According to the Journal, Facebook pitched JP Morgan Chase, Wells Fargo, Citigroup, and U.S. Bancorp on allowing Messenger users to view their checking account balances on Facebook, or get alerted to potential fraud activity.

In order to do so, banks would have to share customer information with Facebook, including account balances and detailed information about where they are making credit and debit card purchases.

Facebook executives have repeatedly emphasized in earnings calls over the last year that they’re interested in exploring ways to facilitate more conversations between businesses and their customers in Messenger.

Last year, Wells Fargo began testing a Messenger bot that would allow users to check their account balances and determine where the nearest ATM is. Facebook also has partnerships with other financial services companies, including credit card providers Mastercard and American Express that allow them to connect to their customer service lines and place some orders.

“Like many online companies, we routinely talk to financial institutions about how we can improve people’s commerce experiences, like enabling better customer service,” Facebook spokeswoman Elisabeth Diana told the Journal. “We don’t use purchase data from banks or credit card companies for ads. We also don’t have special relationships, partnerships, or contracts with banks or credit card companies to use their customers’ purchase data for ads.”

A Facebook spokeswoman reached out to VentureBeat after publication, and said the idea that “we [Facebook] are actively asking financial services companies for financial transaction data” is false. She emphasized that any services on Facebook where users can chat with financial institutions or manage their accounts are opt-in, and that “we’re not using this information beyond enabling these types of experiences.”

These reported talks highlight two challenges Facebook is facing right now: First, it needs to find new money-making services that it can highlight to Wall Street, as revenue growth threatens to slow in the coming quarters. Second, securing new partnerships with companies will be an uphill battle as Facebook faces heightened scrutiny over how it handles user data, following the news that it failed to stop analytics firm Cambridge Analytica from improperly obtaining data on tens of millions of users.

Developers have previously told VentureBeat that since a series of stories on Facebook and Cambridge Analytica broke in March, many of their customers have become more hesitant about integrating with Facebook over privacy concerns.

Still, Facebook’s reach — with 1.3 billion Messenger users — is enticing. If these partnerships come to fruition, it could be a sign that major companies are willing to overlook Facebook’s previous fumbles with customers for the sake of reaching more people.

The Journal reports that at least one bank backed out of talks with Facebook over concerns about how it handled user data, and a JP Morgan spokeswoman told them that it “isn’t sharing our customers’ off-platform transaction data” with social platforms like Facebook.

Updated at 10:41 a.m. Pacific with an additional statement from Facebook.