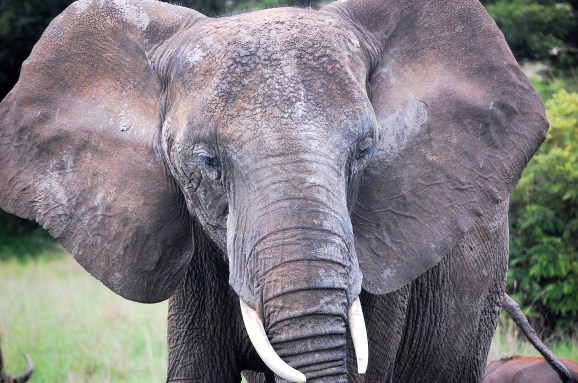 There’s more to artificial intelligence (AI) than basketball-dribbling digital avatars and home robots. Increasingly, it’s being applied to conservation; a coalition of researchers earlier this year developed a machine learning algorithm that can identify and describe wildlife. And in a blog post this week, Microsoft highlighted a Santa Cruz-based startup — Conservation Metrics — that’s leveraging AI to keep tabs on African savanna elephants.

Conservation Metrics, a recipient of Microsoft’s AI for Earth grant program, is using algorithms to analyze a corpus from Cornell University Lab of Ornithology’s Elephant Listening Project, which collects data from acoustic sensors embedded throughout Nouabalé-Ndoki National Park and adjacent logging areas in the Republic of Congo. Its system isolates elephant calls — the low-frequency rumbling sounds they use to communicate with one another — from the recordings and derives insights, like population size and herd movement. It’s precise enough to identify individual animals that can’t be seen from the air, according to Conservation Metrics CEO Matthew McKown.

In the next few months, the startup plans to migrate its model from local machines to Microsoft’s Azure cloud servers, which McKown said will cut down the amount of time it takes to process a few months of sound data from three months to a single day.

“We’re really interested in speeding up that loop between having equipment monitoring things out in the field and going through this magic process to convert those signals into information you can send into the field where someone can take action,” he said. “Right now, that process can take a really long time.”

The Protection Assistant for Wildlife Security (PAWS), a research program spearheaded by the University of Southern California and Carnegie Mellon University, trained a model on 14 years of patrol data and more than 125,000 data points about poaching activities to predict where poaching might occur in the future. It has been used to create optimized patrol routes for rangers in Malaysia and deployed in Uganda’s Queen Elizabeth National Park, as well as wildlife preserves in South Africa.

Seattle’s Snow Leopard Trust, another grantee, worked with Microsoft engineers to build a computer vision algorithm that identifies animals in camera images with 95 percent accuracy. (It’d take a team of humans about 19,500 hours to sift through the database by hand.)