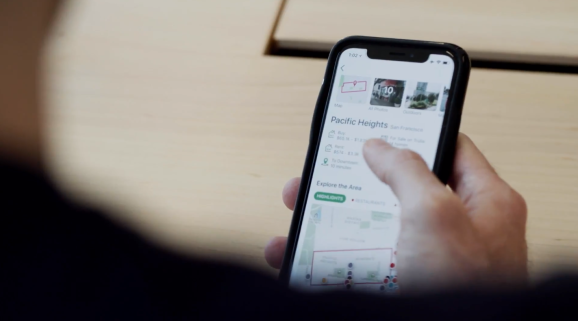 San Francisco-based Trulia, the Zillow-owned real estate search engine, is making it easier to get a feel for your future block before you even set foot in it. Today the startup announced Trulia Neighborhoods, an aggregated dashboard of drone footage, photo galleries, reviews, photography, and information about neighborhoods and communities.

“Prior to Trulia Neighborhoods, there wasn’t a resource that showed consumers what life is really like in a neighborhood,” said Tim Correia, senior vice president and general manager at Trulia. “Our research found consumers were determined to find this type of information and even developed a series of hacks to source these valuable insights. It was clear it was time to rebuild the home and neighborhood discovery experience from the ground up and empower consumers with all the information to make the best decision for themselves.”

Ahead of the national Trulia Neighborhoods launch this week on the web, iOS, and Android, the company drew from photos and aerial drone footage in more than 300 neighborhoods in San Francisco, Oakland, San Jose, Austin, and Chicago (an additional 1,100 blocks will be introduced throughout this year) and built a Snapchat Stories-like feature it’s calling “Inside the Neighborhood.” Other Trulia Neighborhood data sources include Yelp (for restaurant and business reviews), public records (for crime and safety), maps (for to transportation and points of interest), and residents (for reviews).

Trulia draws on 16 million data points altogether, it said. To make sifting through the deluge a bit easier, there’s a subsection — “highlights and amenities” — that lists the top 20 hotspots within commuting distance, and algorithmic scoring systems that automatically pull out top reviews, photos, and safety information and feature them prominently at the top of their respective sections.

According to Trulia, 85 percent of homebuyers who plan to buy a home in the next 18 months say the neighborhood is equally (if not more) important than the house itself.

“For us, the mission is to create a more neighborly world,” Correia told VentureBeat in a phone interview. “We’re trying to help prospective home buyers understand what’s going on and bring a voice to people in the neighborhood. It’s all about getting a quick sense of what’s going on.”

Trulia Neighborhoods follows the launch in June 2016 of Rent Near Transit, a search filter that removes homes more than a 15-minute walk from a primary transit station, and in May of What Locals Say, which provides written reviews and feedback on topics like parking and amenities. More recently, it rolled out Local Legal Protection, which offers tools that allow homebuyers to check if a given property is in a locale with laws against sexual orientation and gender identity.