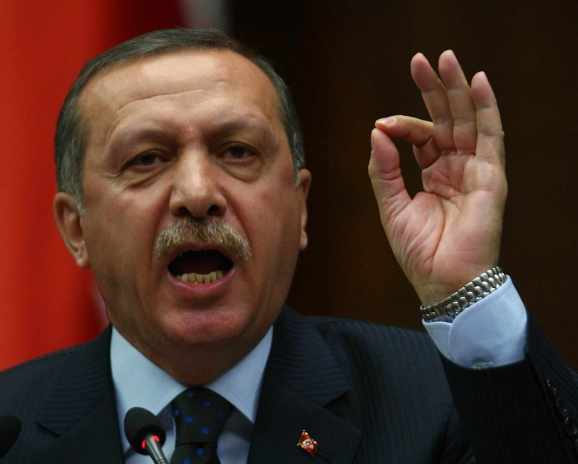 With Turkey’s currency collapsing and the country facing a trade war with the U.S., Turkish president Recep Erdoğan today responded by announcing a boycott of all U.S. electronic goods.

In a speech, Erdoğan urged citizens to instead buy gadgets manufactured in Turkey.

“If they have iPhone, there is Samsung on the other side. And we have our own telephone brands,” Erdoğan said, according to a report by CNBC. “We are going to produce enough for ourselves. We have to serve better quality goods than we are importing from them.”

As part of his speech, he highlighted Turkey-based Vestel Venus phones and said citizens should look to other such companies within their home country.

Though not well-known internationally, Vestel has been one of Turkey’s homegrown success stories. Vestel makes everything from smartphones to TVs to appliances, mostly at a gigantic factory center dubbed “Vestel City,” where it employes more than 16,000 people.

Whether Erdoğan’s endorsement will benefit the company remains to be seen. As the country’s currency has plunged to all-time lows, there is some debate about whether he will be able to hold onto power.