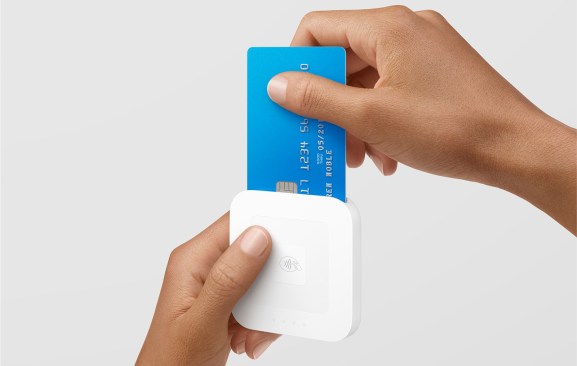 Square has announced that it has cut its chip reader processing time for card transactions down to just two seconds.

The news comes a little more than a year after Jack Dorsey took to Twitter to boast that Square had trimmed its processing time down from 4.2 seconds to 3.6 seconds via a firmware update it rolled out to the Square Contactless and Chip Reader.

Using that previous figure as a benchmark, Square has now effectively cut its processing time by a further 44 percent. Square added that it achieved this speed reduction by working with Visa and Mastercard to implement their respective Quick Chip and M/Chip Fast technologies.

These kinds of reductions may seem so incrementally small as to not make much of a difference, but there are a number of factors at play here. Cumulatively, these seconds add up throughout a day for brick-and-mortar retailers, so a coffee shop that deals with 300 orders, for example, could save about five minutes in a day. This also means more transactions per hour for the merchant, shorter lines, and — ultimately — less-frustrated customers.

Chip cards also promise enhanced security over magnetic stripe cards; however, chip cards typically process transactions more slowly, meaning that some sellers may be more inclined to “swipe” rather than dip them into the Square reader. Reducing the processing time further should go some way toward encouraging more merchants to use the chip by dipping the card, and thus reduce the chances of fraud.

“Since chip cards arrived in the U.S., we have focused on making our chip reader fast for our sellers, and three seconds or more wasn’t quick enough,” noted Jesse Dorogusker, head of hardware at Square. “Taking an EMV payment in as little as two seconds helps speed up the line for our sellers, gives time back to their customers, and reduces in-store fraud in the U.S.”

Contributing further to speedy checkouts, Square will also no longer require sellers in the U.S. and Canada to collect signatures on card transactions — this is the result of a move made by the major card networks starting in April due to increased security offered by chip cards. Square has rolled out an update to its point-of-sale (POS) app that means sellers can skip the signature process entirely.