Indeed is one of the biggest job sites in the world, and it can slice and dice its data in revealing ways, such as identifying the most popular cities for game jobs.

The tech job report is part of a larger study identifying the most popular jobs of any kind among entry-level job seekers.

Indeed said the class of 2018 is entering the workforce at an interesting — and exciting — time. Unemployment in the country is at its lowest rate in years, and new technology is disrupting multiple industries.

As a result, Indeed said today’s entry level job seekers are embarking on careers that in many cases will prove both rewarding and surprising, as new pathways open up and old ones take on different forms.

Indeed’s analytics team looked at the data to determine the most popular searches among people with less than five years’ experience, as well as associated salary data. The team also assigned a “popularity index” score that shows how popular a particular job is among entry-level job seekers compared to other positions.

Above: The top entry-level tech jobs.

But not everyone is technically inclined, and the workplace needs many types of talents. Indeed said that soft skills in marketing and communications rank highly, which includes jobs such as junior publicist, junior marketing associate, and media planner.

However, although these jobs require soft skills they have also been transformed in recent years and many, if not all, require a solid background in analytics. A media planner makes on average $51,449, and the role is nearly 3 times more popular among entry-level job seekers than other jobs. Media planners identify which platforms will best advertise a client’s brand or product and often work with other advertising agencies to maximize the impact of a campaign through different media platforms.

Indeed said jobs of the future require a mix of hard and soft skills, with an emphasis on tech and health care. Not only do these jobs pay well, they also allow room for future growth and advancement, making them a great way to jumpstart a career.

Here’s Indeed’s list of the 15 most popular jobs of any kind. 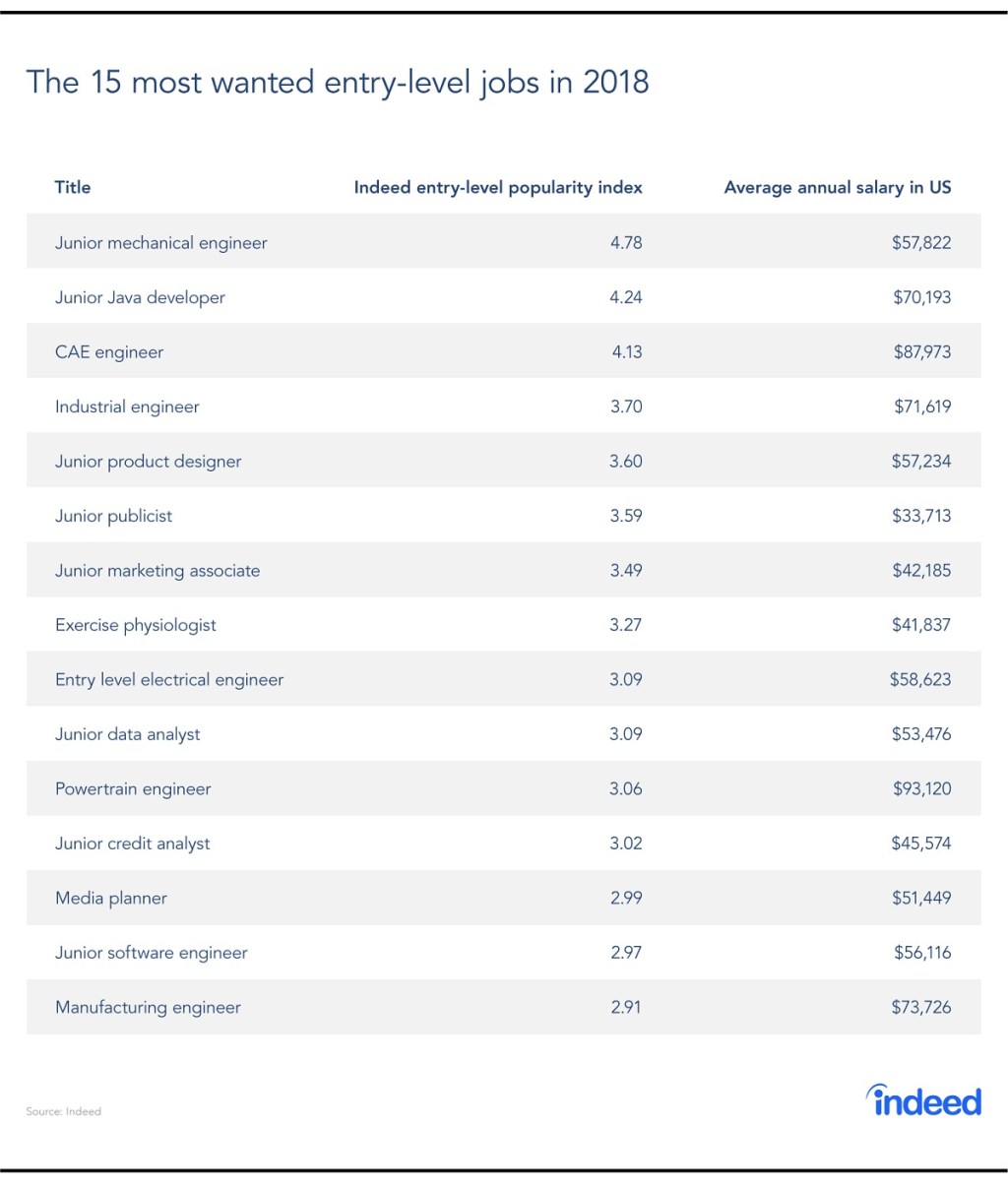 Above: Indeed’s list of the most popular entry-level jobs in mid-2018.