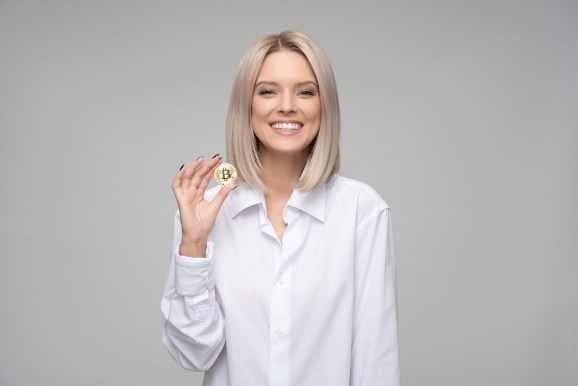 There are many ways to make money in the cryptocurrency world. Trading crypto is one way, but another is mining the currencies created through blockchain technology.

Ultimately, using traditional mining methods, it might cost you more to mine currency than the profit you make from it.

A mining optimization platform called WinMiner has announced a one-click solution that allows anyone, anywhere, to make money from their computer instead of it just sitting idle. Designed so that anyone can use it, WinMiner’s platform gives even novice users a place to mine on the blockchain and keeps them in total control of when and how WinMiner works.

Mining is a critical element of blockchain functionality. Without mining, you just can’t trade cryptocurrencies, as the chain will break. But mining has become hugely centralized and in the ownership of a handful of people, running from large private data centers. It’s a complicated process for most people to understand and benefit from.

The goal for WinMiner was to democratize the mining process and break those oligopolies that the process appears to be creating.

“In creating WinMiner, we envisioned a platform that anyone can easily use that means not only operating it with just one click but also absolutely no need to know anything about crypto and mining to enjoy its benefits, all the way to getting paid in real U.S. dollars,” Yarnitsky said. “To do that we broke the entire process of mining into steps, automated each part, and then integrated all of it into one step. We have added a wide selection of payouts, and a smart algorithm for always mining the most profitable coin.”

As with many things that look easy, the platform itself includes complex algorithms and technologies to make the most of the user’s resources.

“WinMiner’s ease of use is the result of very complex and intense mechanism that runs seamlessly in the background,” Yarnitsky said. “All coins supported by WinMiner (over 40 at the moment) are continuously monitored to make sure every user is mining the most profitable coin for his hardware at any time. Mining pools are run across several continents for every coin being mined on WinMiner. Automated trading algorithms run on many crypto exchanges around the world to trade the mined coins on their way to become hard dollars. A user just needs to install the software and have an email address; the platform does the rest.”

Despite still operating under test mode, the application has built up a base of over 160,000 registered users. Individuals using the platform can choose to be paid in Bitcoin or Ethereum, among other significant cryptocurrencies, or they can receive an Amazon or iTunes vouchers, as well as other forms of fiat payout.

Of course, it takes a long time and a lot of computing energy to mine a Bitcoin, which puts that particular goal out of reach for regular chipsets.

“Direct mining of bitcoins is out of reach for personal computers for a long time now, with dedicated machines called ASIC dominating the mining of it,” Yarnitsky said. “However, there are many coins out there that are effectively mine-able by personal computers, and we are adding more and more such coins to the platform all the time. Users of WinMiner need not care about the time it takes to mine a certain coin, because in WinMiner we run a pool for every coin being mined. That means that all users collaborate in mining that coin and are rewarded based on the computing power they generated (on a pro-rata basis). Therefore, users get paid for their participation even if their computer was not the one that solved the computational challenge for which coins are being awarded.”

“We wanted our users to have an account balance in a ‘language’ they understand, so the WinMiner account balance is in U.S. dollars so users can know exactly how much they have earned, and their earnings do not suddenly shrink when crypto prices tumble,” Yarnitsky said. “A real-time earning estimate for each user is displayed on the software and the remote dashboard, providing visibility and full user control anywhere.”

So what’s next for WinMiner?

“We have big plans for WinMiner,” Yarnitsky said. “Ultimately, we would like to see computing power becoming a ubiquitous tradable commodity for different use cases. We see crypto mining as a critical area which we love and have great plans for, yet see additional areas in need of computing power as a commodity that we want to play an important part in. We want to bring an economic promise to those new areas, and opportunities offer to everyone, everywhere. We want to lower the barrier of passive income from ‘home sharing’ to ‘computer sharing,’ making every computer owner a small ‘landlord’ who can generate income from the asset.”

Yarnitsky is a former executive of the popular messaging platform ICQ. He cofounded WinMiner with Idan Feigenbaum, founder of Speedbit and creator of Download Accelerator Plus, the download manager that has 400 million installs worldwide.

“There is no greater satisfaction than building something that takes your sweat blood and tears and then seeing people all over the world embrace it with joy as it makes a change, even if a small one, to their life,” Yarnitsky said. “We have been there before, and there is nothing like it.”