The cyber political wars continue to rage, and have now taken a strange turn. Microsoft has released a detailed report that says a Russian military group that targeted U.S. elections in 2016 is back to its old tricks.

As part of the announcement, Microsoft said it was expanding its suite of security tools that it hopes will help users identify such attacks and take steps to protect themselves. Microsoft counsel Brad Smith also called on other tech companies to step up their efforts against Russian attempts to interfere in elections.

“We saw this during the United States general election in 2016, last May during the French presidential election, and now in a broadening way as Americans are preparing for the November midterm elections,” he wrote. “Broadening cyberthreats to both U.S. political parties make clear that the tech sector will need to do more to help protect the democratic process.”

Smith explained that last week, Microsoft successfully got a court order “to disrupt and transfer control of six internet domains created by a group widely associated with the Russian government and known as Strontium, or alternatively Fancy Bear or APT28.” The sites were designed to mimic real sites to fool users into thinking they are visiting the real sites and giving up personal information. The six sites were: 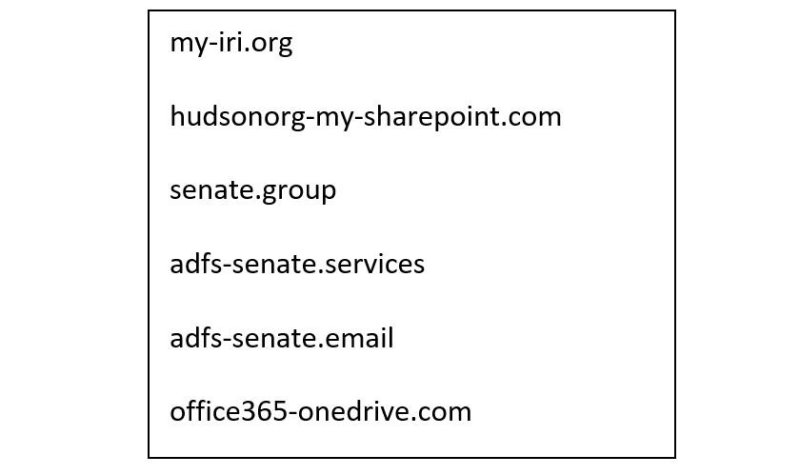 In the most recent cases, the New York Times said the groups targeted appeared to be GOP think tanks that had broken with President Trump by continuing to criticize Russian President Putin and calling for more sanctions. The “my-iri.org” address was likely targeting the International Republican Institute, for instance.

Reuters reported that Russian officials have denied the charges.

Still, Smith noted that Microsoft has “now used this approach 12 times in two years to shut down 84 fake websites associated with this group.”

“We can only keep our democratic societies secure if candidates can run campaigns and voters can go to the polls untainted by foreign cyber attacks,” Smith wrote. “Democracy requires vigilance and at times action by citizens to protect and maintain it. No individual or company can hope to meet this imperative by itself. We all need to do our part. We’re committed to doing our part by helping to protect candidates and campaigns in preserving their voices and votes no matter what party they support.”