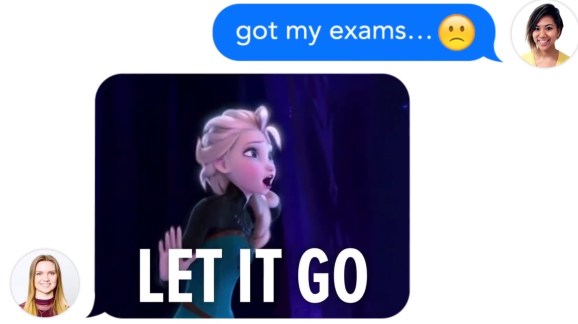 TuneMoji has amassed an audience of 20 million people who use its MusicGIFs, or music-inspired looping images that make people laugh. Today the company is integrating its MusicGIFs into Snap to make it easier to create GIFs with licensed music.

TuneMoji was able to integrate into Snap‘s new SnapKit offering, bringing MusicGIFs to the platform for the very first time. To enhance the Snap user experience, it will now be possible to share TuneMojis within a Snap chat or story.

Above: TuneMoji has 20 million users.

Snap launched SnapKit, its first platform for developers, earlier this summer. SnapKit is aimed at allowing Snapchatters to tap into the best parts of other apps they love and helping those apps integrate some of Snapchat’s experiences into their products.

TuneMoji’s partnership with Snap comes on the heels of recent collaborations with Viber and Skype, for which TuneMoji is now natively available.

TuneMoji itself has seen a boost in its audience by 20 times, while content creation has grown 8 times and the number of sends per sender has increased by 20 percent since the start of 2018.

“Adding music to GIFs is the next logical step in the evolution of visual communication,” said TuneMoji CEO James Fabricant, in a statement. “We initially started by creating TuneMojis ourselves and quickly realized how much more effective it would be to empower a generation with the tools to produce their own MusicGIFs. That infinite creativity is what now fuels the TuneMoji network.”

TuneMoji recently launched an applications programming interface called “Cat Kit” to simplify the process for partners interested in integrating TuneMojis into their platforms. Separately from work done with Snap, this API allows users to search for clips, pull in content, and even create MusicGIFs from within their own channels.

London-based TuneMoji has the backing of investors such as Sean Parker, Will.i.am, and Ynon Kreiz, as well as advisory board member Alex Hofmann. The company was founded in 2014 and has raised $6 million to date.