Portable solid state drives (SSDs) have traditionally been limited by two factors: chip speed and connector bandwidth. Thanks to fast memory, Thunderbolt 3 connectivity, and an NVMe interface, Samsung’s new Portable SSD X5 is the sort of drive that couldn’t have been imagined 10 years ago: one that can back up a 20GB 4K Ultra HD video in around 12 seconds — ideal for computing and video professionals.

Measuring 4.7 by 2.4 by 0.8 inches, around twice the width of a conventional thumb drive, the X5 has an entirely metal body with a non-slip pad on the bottom. Gloss-finished across most of its surfaces, it’s internally designed to be shock-resistant for up to two-meter drops, and thermally protected against overheating. To further protect data, Samsung includes AES 256-bit hardware encryption and optional password protection with its Portable SSD Software.

The key is that X5 promises read speeds of up to 2800 Megabytes per second, and write speeds of 2300 Megabytes per second. That’s 5 times faster than SATA-based portable SSDs, and over 25 times faster than typical external hard drives. With that speed, professional video editors could expect a 100GB video rendering project to go from 35 minutes of transfer time to under 2 minutes.

To achieve these speeds, you’ll need to have a PC or Mac with a Thunderbolt 3 port, which looks just like a standard USB-C port but commonly has a lightning bolt icon to indicate its faster capabilities. Samsung notes that the X5 is not backward compatible with standard USB ports, but an increasing number of computers, particularly those geared toward professionals, have recently adopted Thunderbolt 3 to connect high-speed peripherals, including docks, high-resolution monitors, and hard drives.

Given the X5’s super speed, it’s no surprise that it will be more expensive than most portable storage devices. A 500GB version will initially sell for $400, with 1TB at $700, and 2TB at $1,400. They’ll be available to purchase starting September 3. 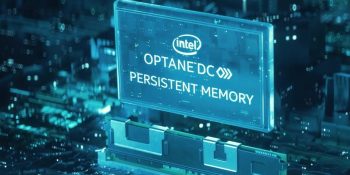