The companies have engaged in sales agreements with 13 companies across 10 industries to deploy the robots as greeters at company and hotel front desks.

In an industry whose development has always been dominated by commercial robots, these sales agreements are a milestone for the growing service robot industry in China, Cheetah Mobile said. The Chinese Institute of Electronics estimated that China’s service robot industry is expected to reach $4 billion by 2020, following the recent emergence of service robots across China, including in restaurants and hotels.

“Service robots can serve as entry points and growth points for future markets, while AI will be a core component of the next phase of technological innovation,” Sheng said, in a statement. 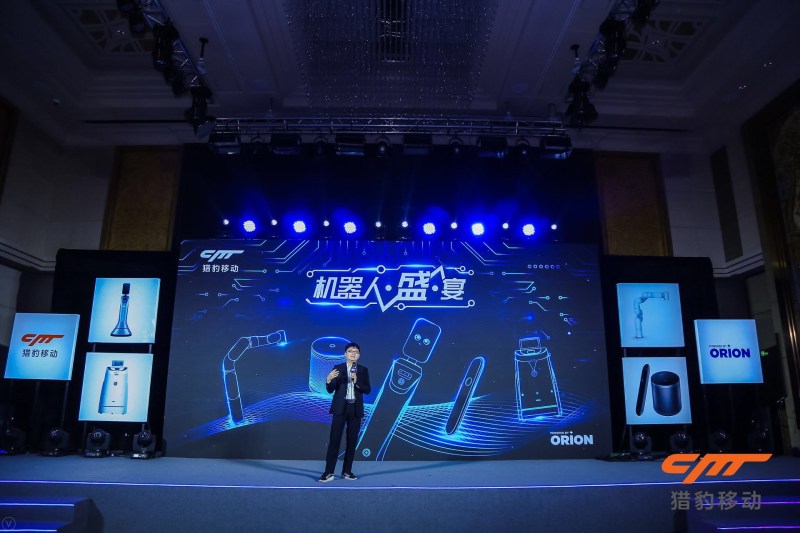 Above: Fu Sheng of Cheetah Mobile.

In order to satisfy the unique needs of different industries and companies and provide users with a natural, friendly experience, the service and receptionist robot Cheetah GreetBot combines a high-speed controller-area network (CAN) bus system and a high-end hardware chip platform for faster reaction speeds and optimized data operations.

The robot’s voice and visual recognition system, indoor navigation system, algorithms, and other core technologies are all self-developed.

Etoury CEO Zhenxian Yang expressed strong confidence in GreetBot. Yang said that the close integration of OrionStar’s AI-based robotics technology chain and Cheetah Mobile’s human-machine product interaction can help companies use the GreetBot in different scenarios. The GreetBot can also adapt to the needs of its guests quickly, and it is built around practical and open technologies, Cheetah Mobile said.

OrionStar and Etoury, which specializes in app-based guides for scenic spots and other tourist destinations, have jointly developed a customized GreetBot that is already in service at Beijing National Stadium. Through computer vision technology, it continuously seeks out and welcomes visitors, leading them on tours. The robot acts as an audio guide that can describe the sites, answer questions, and even take photographs for guests.

“In the future, we will be able to provide service to our 700+ office buildings, as well as our 30,000 business clients and 1.5 million users, and bring them into the AI age,” said Sunrise Technologies chairman Fang Wei, in a statement. “In choosing to cooperate with Cheetah Mobile and OrionStar, in addition to their strong business capabilities and products, we based our decision even more on the common values between Fu Sheng’s team and our company — problem solving and constant innovation.” 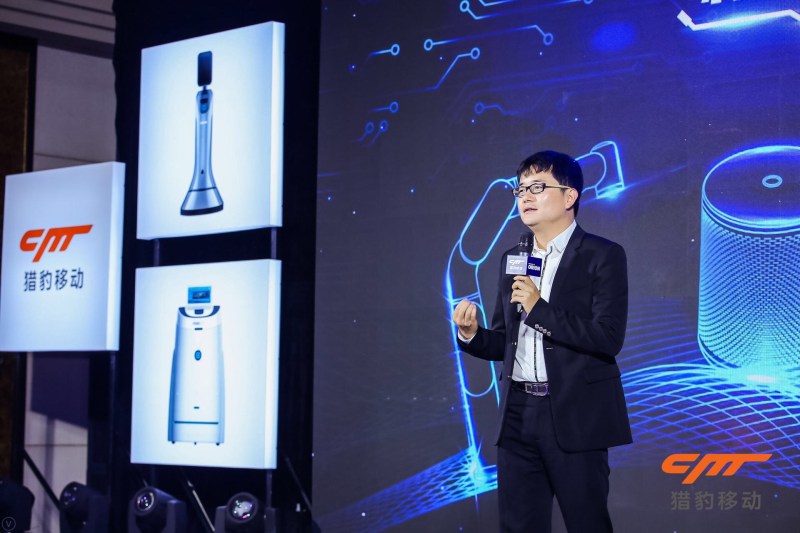 Above: Fu Sheng is CEO of Cheetah Mobile and owner of OrionStar.

Cheetah Mobile is a mobile internet company with hundreds of millions of monthly active users for its utilities products such as Clean Master and Cheetah Keyboard, casual games such as Piano Tiles 2, and its live streaming product Live.me. In March, Cheetah Mobile unveiled a series of AI hardware and robotics products.

OrionStar is an AI company in China that is controlled by Fu Sheng, CEO and chairman of Cheetah Mobile. The company was established in September 2016 by a group of technology industry leaders and product specialists from Silicon Valley, Japan, Taiwan, Beijing, and Shenzhen. OrionStar has its own complete robotics technology chain, including a self-developed interactive voice operating system, Orion Voice OS, visual recognition technology, multi-mode mapping and navigation system, and a back-end robotics platform, Orion OS.

There are plenty of rivals in the greeter robot market, such as SoftBank’s Nao, but Cheetah Mobile contends it is focused on practical, low-cost robots that can solve real pain points.