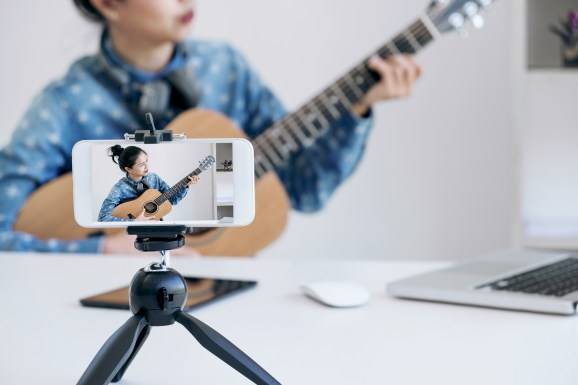 Livestreaming is big business. It was already worth more than $30 billion in 2016, and it is projected to more than double by 2021 to reach $70 billion.

A platform-agnostic ecosystem that quantifies and captures social media contributions, FanX International has now launched a platform that rewards users and content providers with FanX tokens.

FanX’s mission is to change the way platform users are rewarded. The company says that livestreaming platforms, in particular, allow content providers the chance to receive a small share of earnings, but platform users receive nothing. With FanX, users are adequately rewarded for the time and money they spend engaging with platforms, contributing to them, and driving traffic to them.

“Utilizing big data and AI technology, FanX is able to track all forms of social engagement on livestreaming platforms, and with blockchain it can establish ownership of such social engagement data with the users and reward them according to the levels of resources invested, time spent, and contents created,” Shen said. “Furthermore, FanX has created many use cases for users to spend their rewards on purchasing digital content and services that are personalized from their favorite live broadcasters.”

FanX’s reward system distributes FanX tokens to users and content providers based on KPIs and tasks that represent social transactions. This is done through the FanX wallet dApp, which, when activated by the user, tracks their activity and calculates their rewards automatically across multiple social media platforms. The cryptocurrency is also a means of storing and transferring value that is captured through time spent, resources invested, communal activities, and computational power consumed by content providers and users.

FanX promises that the next version of its dApp will further extend this functionality.

“In the 2.0 version of the dApp, which will be launched later this year, users can then use the tokens to purchase personalized and unique social engagement with their favorite live broadcasters in the form of digital content and services, or participate in activities and events on a community level, such as games, concerts, meetups, and more,” Shen said.

FanX is, however, set up more like a nonprofit organization than a for-profit company.

“The objective of FanX Foundation is to create an ecosystem empowering global fan communities by rewarding social interactions and facilitating deeper engagement,” Shen said. “FanX Foundation is non-profit seeking but will maintain the healthy development and proliferation of the ecosystem through crypto-economic tools. FanX International, the technology provider, will charge a minimal listing and exchange fee, which ensures the daily operation and maintenance of the FanX ecosystem.”

So what’s next for the company?

“FanX aims to tokenize all forms of digital communal engagement to unlock its immense values and redistribute such values back to the communities on a global scale,” Shen said. “It will start with social media and livestreaming and selectively expand coverage to other industry verticals, such as esports, sports, online education, and celebrity fan management, benefiting billions of people from all walks of life. With FanX, everyone’s social value will be based on their contributions in their communities, transparent and fair.”

As the platform is based on blockchain technology, some might wonder if it is just another vaporware solution. But Shen is quick to explain that FanX is real and working.

“The vision is not a pipe dream, but rather spawned from the FanX team’s belief and thorough understanding in blockchain ideology and capability, coupled with real-world adaptation experiences gained through creating unicorns,” Shen said. “In execution, the FanX team has built the technological backbone capable of covering 29 livestreaming platforms, 30 million broadcasting rooms, 300 million users, and 1 million broadcasters. Building on top of this, the FanX team has designed crypto economic tools and decentralized applications that will ensure the smooth adoption and transition of people into the new economy.”