Last week, Columbus, Ohio car insurance provider Root Insurance became the latest startup to hit a $1 billion valuation — still a rare feat for any startup, and even rarer for those outside of Silicon Valley.

Root’s rapid ascent — it took the company just three years to reach unicorn status — is also indicative of the potential in the Midwest for one promising industry: insurance tech.

Some insurance tech startups underwrite claims and serve as an insurance broker themselves. Others sell data to insurance companies. Regardless, they are using advanced technology, from artificial intelligence to sensor data, to improve some part of the insurance process.

Home to some of the largest insurance companies in the U.S., such as Berkshire Hathaway (Omaha), Nationwide (Columbus), Northwestern Mutual (Milwaukee), State Farm (Illinois) and American Family Insurance (Madison), the Midwest has cultivated plenty of domain experts who understand which legacy insurance processes are ripe for disruption. Root Insurance CEO Alex Timm was formerly a consultant for Nationwide, and Kyle Nakatsuji, the CEO of Clearcover, another venture-backed car insurance startup in the Midwest, used to be a VC with American Family Insurance.

Columbus is also making waves in insurance tech with fast-growing startups that are attracting above-average interest from coastal VCs — both with Root Insurance and Beam Dental, which recently raised a $22 million round led by Kleiner Perkins.

In Madison, Understory is using a mix of hardware and data analytics to aid the insurance industry — the company installs sensors to predict when hail, tornadoes, and other extreme weather will damage a town, so that insurance companies can have a better idea of how many claims adjusters they’ll need to send. The company has raised $9.5 million total in VC funding.

None of this accounts for the activity insurance firms themselves have undertaken to fund or create their own quasi-startups, like Northwestern Mutual, which has created a few of its own VC funds to invest in insurance tech startups (including a new fund detailed in this week’s “From the Heartland Tech channel” section).

Are there any other promising insurance tech startups in the Midwest that I’m missing? If so, send me an email.

You can sign up here for VentureBeat’s Heartland Tech newsletter to get this column in your inbox weekly, and as always, thanks for reading.

Check out this video on the York Plan 2.0. 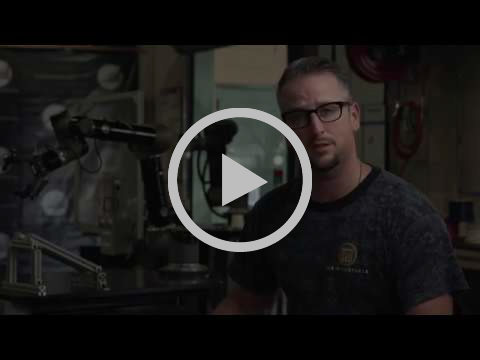 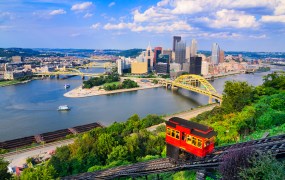 Talent will determine the world’s next tech investment hubs

GUEST: For years, Silicon Valley wasn’t the main place many venture capitalists looked for deals — it was the only place. But the Bay Area is beginning to lose its once vice-like grip on talented workers, and its startup investment market is looking dangerously overheated. Now VCs are lifting their gaze from California and scouting for […] 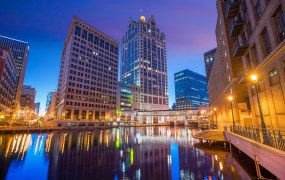 Columbus, Ohio car insurance startup Root Insurance announced today that it has raised a $100 million series D round. That’s a larger-than-usual raise for many Midwestern startups, but today’s raise was made even more notable by the fact that it now values the company at $1 billion.

Out of the Amazon jobs race, cities talk education, talent

We’ve all been on a bad blind date. Your aunt swore that you had something in common, but you show up holding your dog-eared copy of “The Hobbit” and she’s toting Dan Brown’s “The Da Vinci Code.” You just know you’re in for two hours of awkward pauses and forced small talk. Even worse: You connect with someone and think there’s a spark, but the interest isn’t mutual. Your texts are met with stony silence, and you’re left to wonder if it was you, not her. (via Medium)

What headlines aren’t saying about raising capital in the Midwest

If you start a tech company in the Midwest, you’re at a disadvantage for raising capital. That may sound harsh, especially when compared to recent headlines. (via LinkedIn)

Y Combinator learns basic income is not so basic after all

The insecure nature of work is a result of decisions by corporations and policymakers. When we learn about the Industrial Revolution in school, we hear a lot about factories, steam engines, maybe the power loom. We are taught that technological innovation drove social change and radically reshaped the world of work. Likewise, when we talk about today’s economy, we focus on smartphones, artificial intelligence, apps. (via Wired)

Startups Move to The Bay Area for Good Reason, but That Advantage May Be Waning

We’ve heard it in startup communities everywhere — while it’s become increasingly likely for high-potential companies to get started but the best ones often leave for Silicon Valley. One of the most commonly-cited reasons is that Valley investors require companies to move. That may be true, but perhaps it’s for a much bigger reason — because doing so is beneficial for these companies. But, what do the data say? Jorge Guzman of Columbia University attempted to answer this question. (via Startup Revolution)