Leave it to Sony to announce a blockbuster of a smartphone at IFA 2018. During its press conference today, the company took the wraps off the Xperia XZ3, a top-of-the-line handset boasting a speedy Qualcomm processor, an ergonomic design, and improved speakers.

The device goes on sale October 17 for $900, and will be available for preorder starting September 24. (Customers who reserve a unit from Amazon get an Xperia Ear Duo headset.)

The Xperia XZ3 — the successor to this year’s Xperia XZ2 — looks quite a bit different from its progenitors. It boasts an IP68-rated dust- and water-resistant design with rounded corners curved at either edge (not unlike Samsung’s Galaxy Note9), and an edge-to-edge Gorilla Glass 5 screen that takes full advantage of the real estate afforded by its narrow, minimalist 7000-series aluminum top and bottom bezels. Sony’s bucked the notch trend, but you won’t find a 3.5mm headphone jack onboard. 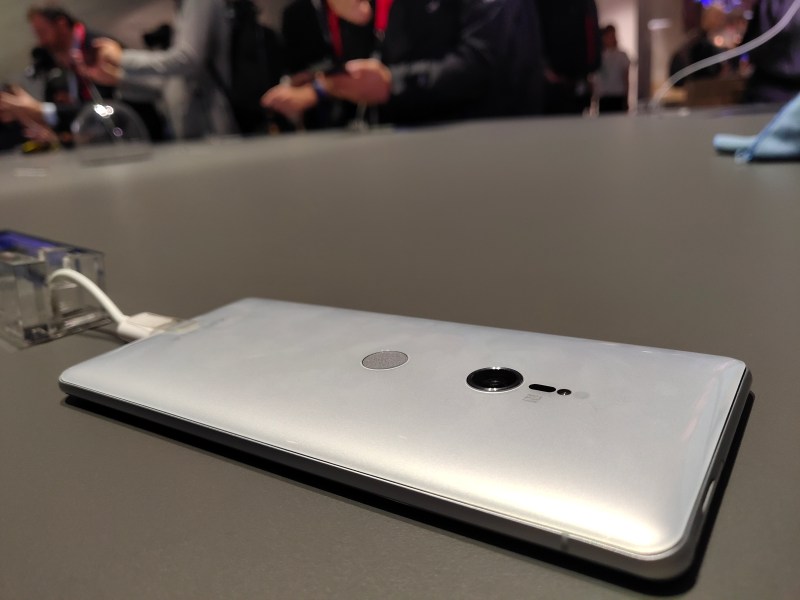 The screen is a 6-inch Quad HD+ (1440 x 2880) panel with an 18:9 aspect ratio. It’s OLED — a first for a Sony phone — and has touch-sensitive edges that pull up a shortcut menu of apps when tapped. Sony said it was crafted with the help of its Bravia TV team and that it has an improved image processing engine that reduces noise and enhances contrast.

Under the hood, the Xperia XZ3 sports a Qualcomm Snapdragon 845 system-on-chip paired with 4GB of RAM and 64GB of storage. There’s a 3,300mAh battery and upgraded S-Force front-facing speakers that deliver sound up to 20 percent louder than the Xperia XZ2’s pair. 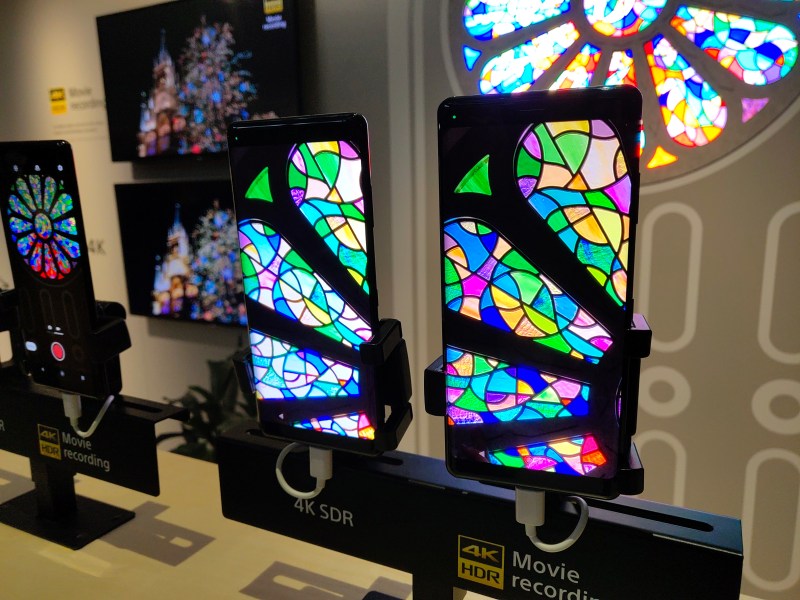 Around the back of the Xperia XZ3 is a single 19MP Exmor RS MotionEye camera with hybrid autofocus that can capture high dynamic range video in 4K (or slow-motion video in 1080p). The front camera, meanwhile, is a 13MP model with an f/1.9 wide-angle lens — a sizeable table upgrade from the 5-megapixel front camera on the Xperia XZ2.

On the software side of things, the Xperia XZ3 ships with Android 9.0 Pie –– the latest version of Android. There’s a streamlined camera app that launches automatically when you hold the phone in landscape orientation, a shortcut to the Google Lens, and a gallery of Animoji-like 3D faces. Sense Recommends uses artificial intelligence to surface apps you might need. (If you’re at the gym, you might see Google Fit and Spotify, for example, and Google Maps before your morning commute.)

The Xperia XZ3 wasn’t all Sony had in tow.

It announced that its first fitness watch — the FES Watch U — will come to the U.K, Italy, France, Germany, and Spain in mid-September, priced at £529. (It’s currently available in Japan, Mainland China, and Hong Kong.)

The stainless steel wearable uses a flexible e-Paper display in both the watch and strap to “allow the wearer to fully customize the design of the watch to compliment their fashion, mood, and attitude.” It comes with more than 100 designs preloaded and a companion app that lets users upload their imagery.

And last, but not least, Sony announced a new lineup of SD cards. Not just any SD cards, mind you — the company said its Tough cards are among the world’s strongest, thanks to a single-piece design that can resist a force of 180 newtons (compared to the 10 newtons required to damage a standard flash storage card) and survive tumbles from 16.4 feet. The icing on top: They’re IP68 dust- and water-resistant and capable of read/write speeds up to 300MB/sec.